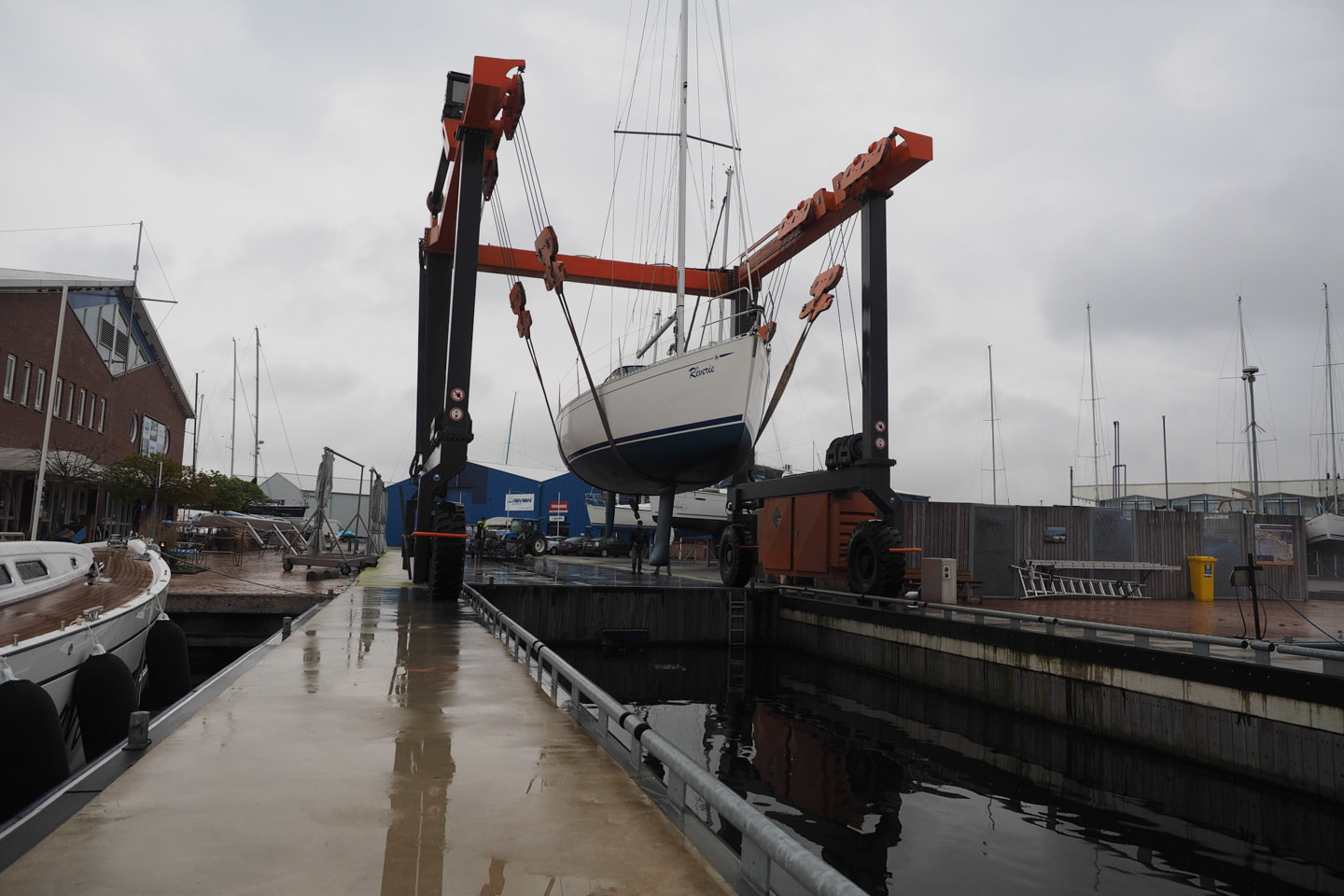 Boat in the water – water in the boat.

Finally the moment came when she got lifted into the water… So great to have her swim! And drive her the first few hundred meters to her (temporary) berth. There i made the “mistake” to check the bilge. Where water was standing. I was sooo mad at myself for not having checked BEFORE she went into water. Now i was slightly nervous that it might be outside water, and not inside water gathered over the passed months.
Usually there is a pretty easy test to determine this: taste the water! Is it fresh, all ok – is it salty, you most likely have a problem. But since Muiderzand is fresh water this test fails.
Fortunatelly enough the water did not come back (fast enough) after i got it out of the bilge. And in the meantime i know that she’s leak-tight -so far 😉
Despite this little flurry it felt absolutely great to have water under the ship! Cause it ment that i can fill up the internal water tank and use it for dishes and drinking. Also i don’t have to walk 200m in one way to get to the toilet 🙂

Meeting Niek, Rêverie’s previous owner, was great. He was super friendly and took half a day to show and help me with the engine maintenance. We changed filters and oil (a dirty job – not only literally) and then hoisted the sails. Unfortunatelly it was too windy for a short trip. So Rêverie continued to stay in water without travelling. 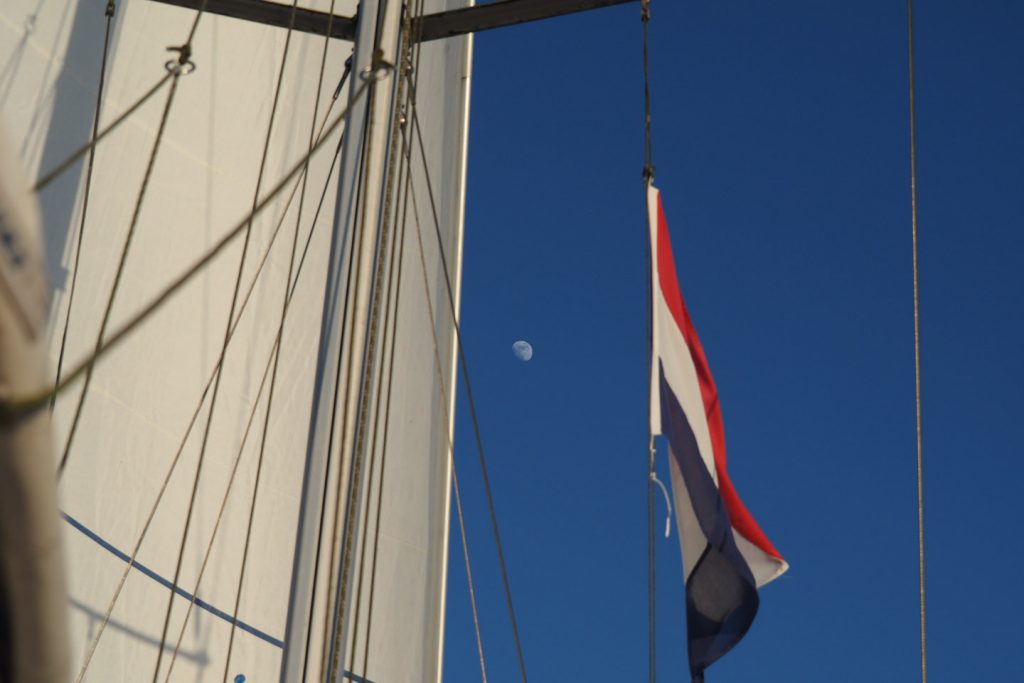 But the next day she was taken for a short trip to the neighboring settlement of Muiden with a friend who came to visit over the weekend. Muiden is a pittoresque city with lots of water – and a water castle, for which it is famouse for. Fortunatelly we also found a pub for a beer before returning to the Marina an hour later.