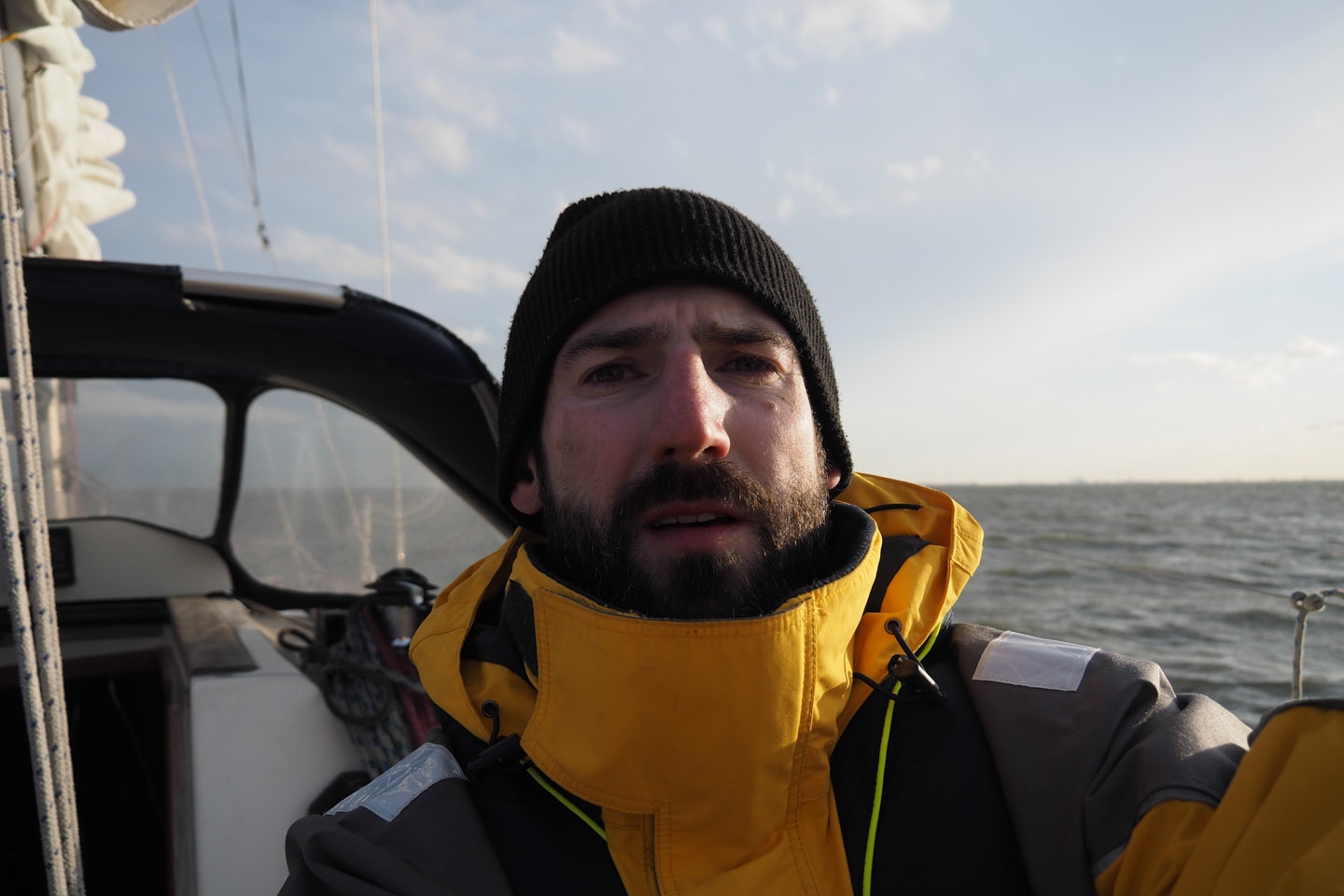 The way back from Hoorn i made on my own. My first solo journey. The wind was fairly strong and hence the waves on the Markermeer where coming in very short intervals. Together with having to travel fairly directly into the wind, it was a bit of an unpleasant journey.
Needless to say that i felt quite anxious for the first hour or two sailing alone.

And, of course, the first excursion needs to have a little bit of a special surprise…
When reaching Marken (the name giving settlement of Markermeer, marking roughly half-way of my trip) i had to turn directly into the wind to go to Muiderzand. So i decided to turn on the engine again and do the rest under engine.
Unfortunatelly i turn the enginge but the engine doesn’t turn… so i had to come up with alternatives.
Either sailing all the way home to the marina and reaching it way past dawn, as i would have to tack my way home. Or sailing to a closer harbour? Or dropping the anchor and wait? And in any harbour-case i would better have someone tug me in, as the wind was fairly strong and an entrance under sails into a tightly packed marina would have been quite a chance for collision with potential damage.

Fortunatelly i did reach my agents from Yachtingcompany by phone and together we figured out the problem… it was none of the many complicated possibilities i have been going through. It was the “choke” was pulled out. I had either simply forgotten to push it in after getting the sails up or accidentaly pulled it out during sail maveuvers.
I must admit, it was a big relief knowing that i can enter into harbor by engine 🙂