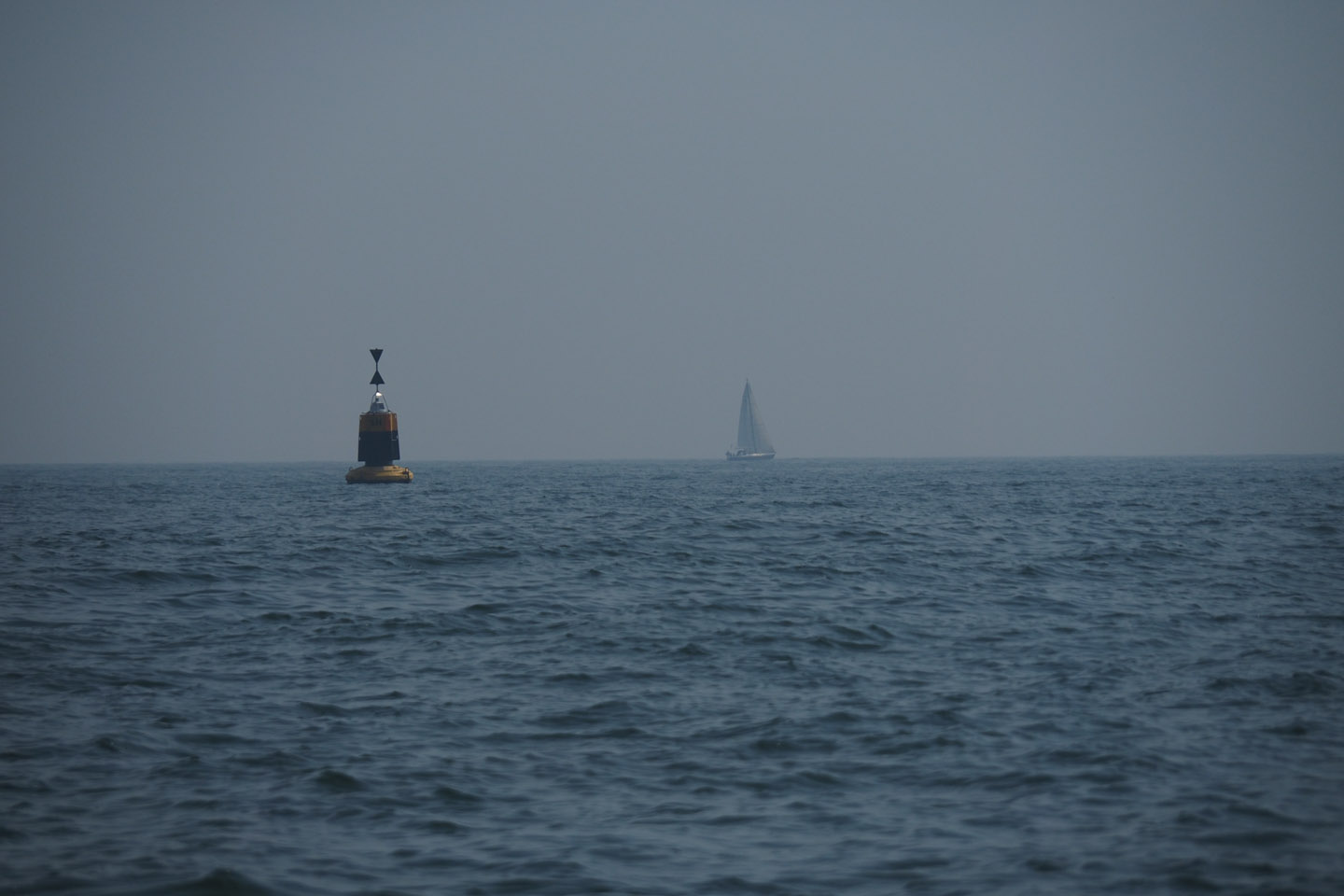 Squatting the night, beans for breakfast and a good morning.
Finally!

My idea was to go from Scheveningen/Den Hague directly to Oostende, which already lies in Belgium. Needless to say, that this plan did not work out. It would have been fairly ambitious and required (very) early departure as it would take probably some 15 hours or so. Thus i prepared several stops for along the way.

The intended departure was delayed by prolongued stormy weather for another day, which i spent doing nothing – except for shopping groceries and reading. Something i have to learn: accepting the weather. And also being OK with doing “nothing” every once in a while.

So when i actually left port 2 days ago i had to wait for the fog getting less dense. And even then, when i departed towards south (including Rotterdam’s entrance) the visibility was initally just a bit over 1nmi. Luckily it got better (approx. 4nmi) until i came to the Maas entrance, which is the way into Rotterdam. 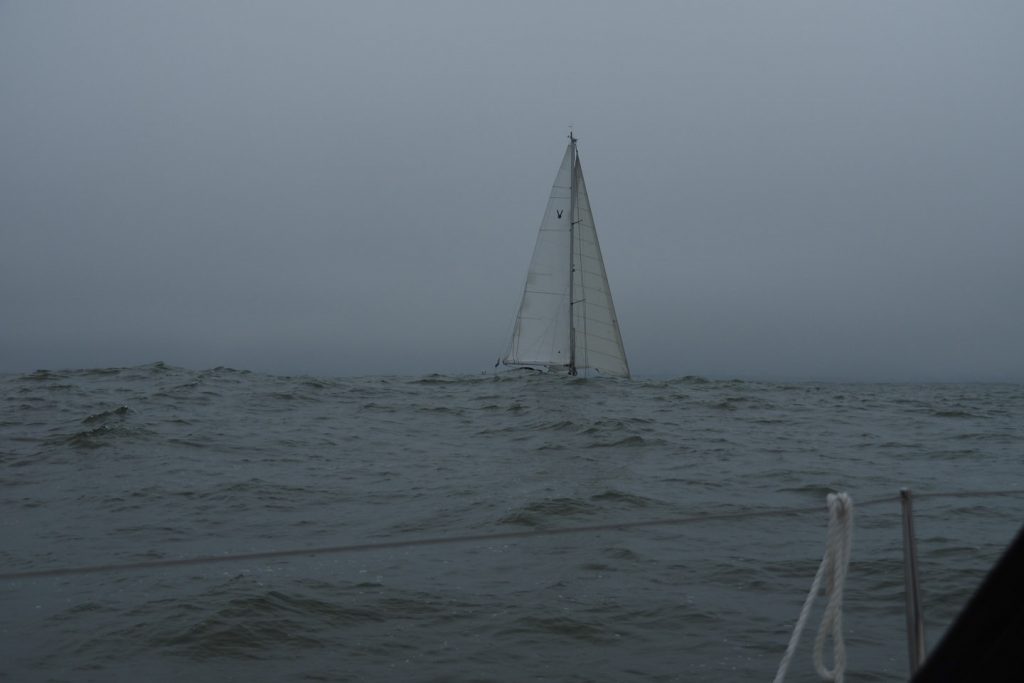 Since the wind had been blowing with force 6 and 7 the last days, the swell was quite high (2-3m). And since the wind was really weak, i could not set the sails. They were being tossed around by the movement of the air caused by the leverage of mast and waves. So it was an unstable ride and i started feeling a bit queasy… not fun.
And i also discovered that i lost a fender under way – more plastic in the sea 🙁 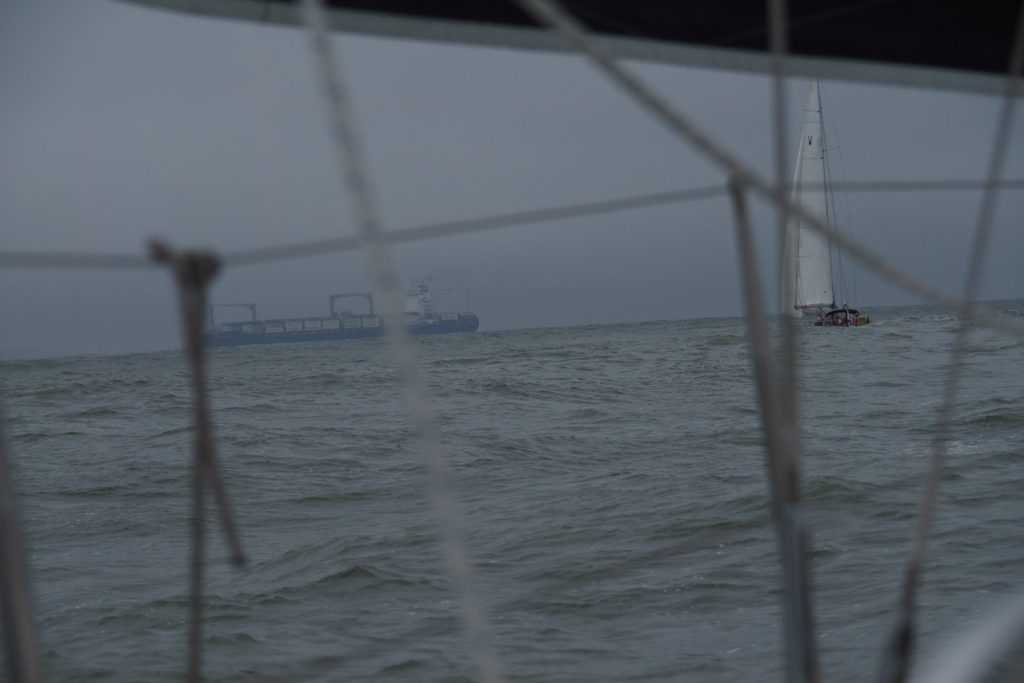 So the call was to head for the first possible stop, which was Stellendam. I entered the marina and of course just then the wind did pick up while trying to park the boat in a berth with really little place to maneuver. Fortunatelly a couple helped me, cause i missed the cleat when throwing the rope and the boat was already drifting…

For yesterday i planned to do the trip to Belgium. Far, but possible. I got up at 7:30 and was ready for it. But the weather was not. Fog. Really thick fog. So thick that i would not have been able to move through the channel marked with buoys, as i would not have seen the next one. More watining – which reduced my time window. And when i got going, there was not enough time left for Belgium. Not even Vlissen, where i would have liked to go (as wind was low and current against me). 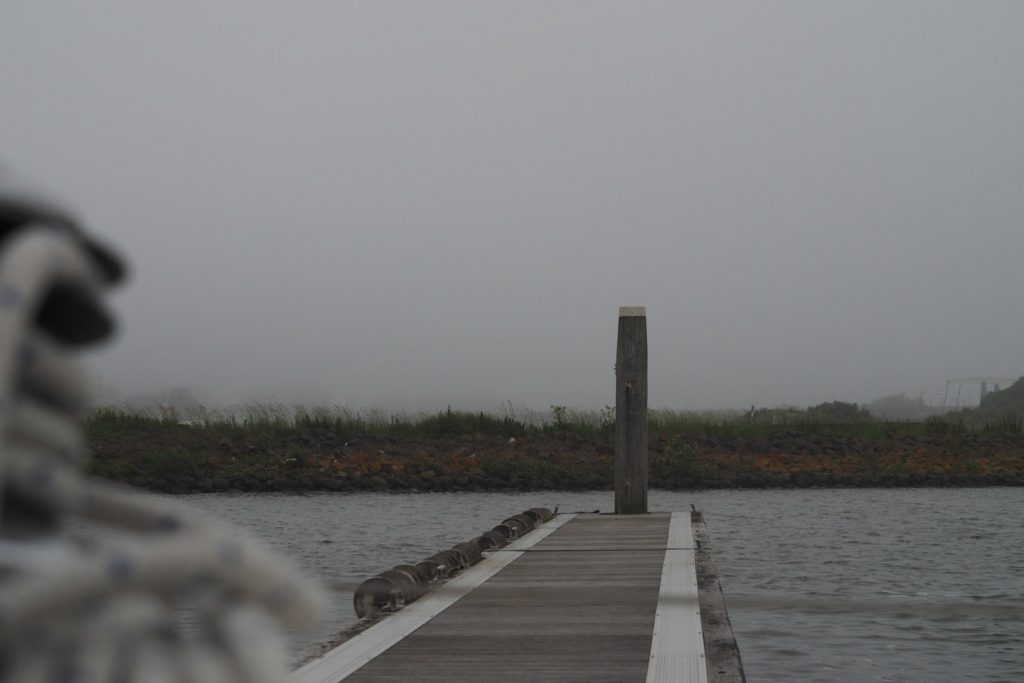 Cought by fog, this time in Stellendam

But after i could turn off the engine (took a while until the wind was strong enough) i had a really great sail. With the wind vane (which is a mechanical “auto pilot” – uses no electricity 😉 – that keeps the boat in a preset angle towards the wind) tested for the first time. And she worked like a charm! 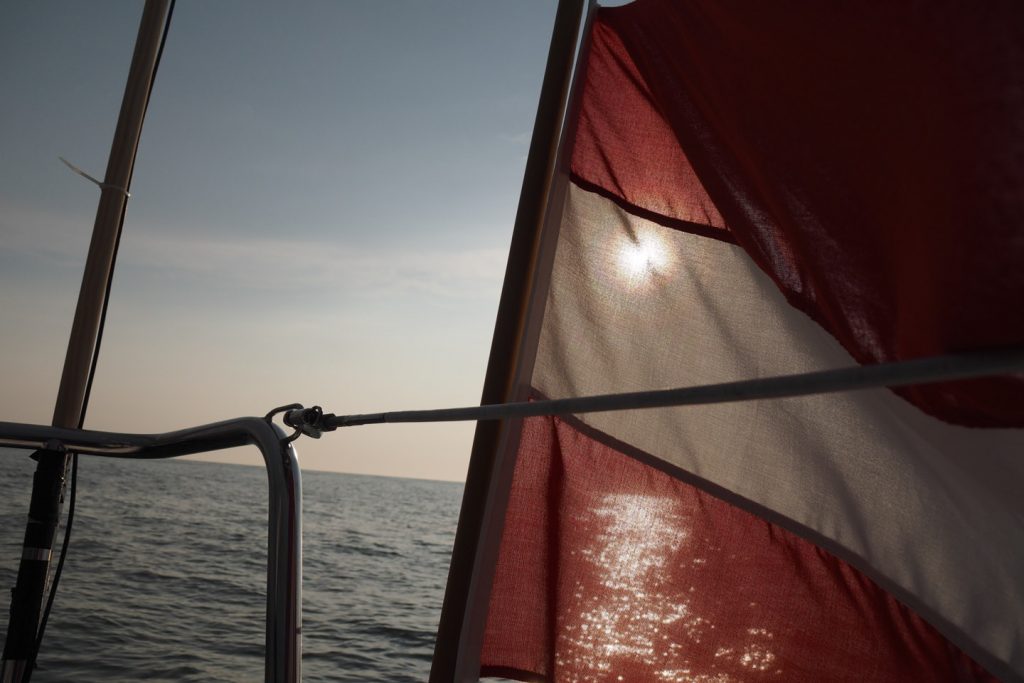 I set the wind vane to a course of roughly 60° (naturally apparent) wind, and on my laptop (i use OpenCPN, a great open source programm for nautical navigation) an alarm if i get off by more than 10° from my course (yesterday the heading was 240°). The sun was partially coming through the haze, the sea calm, the wind light and steady and i reading a book. Awesome! 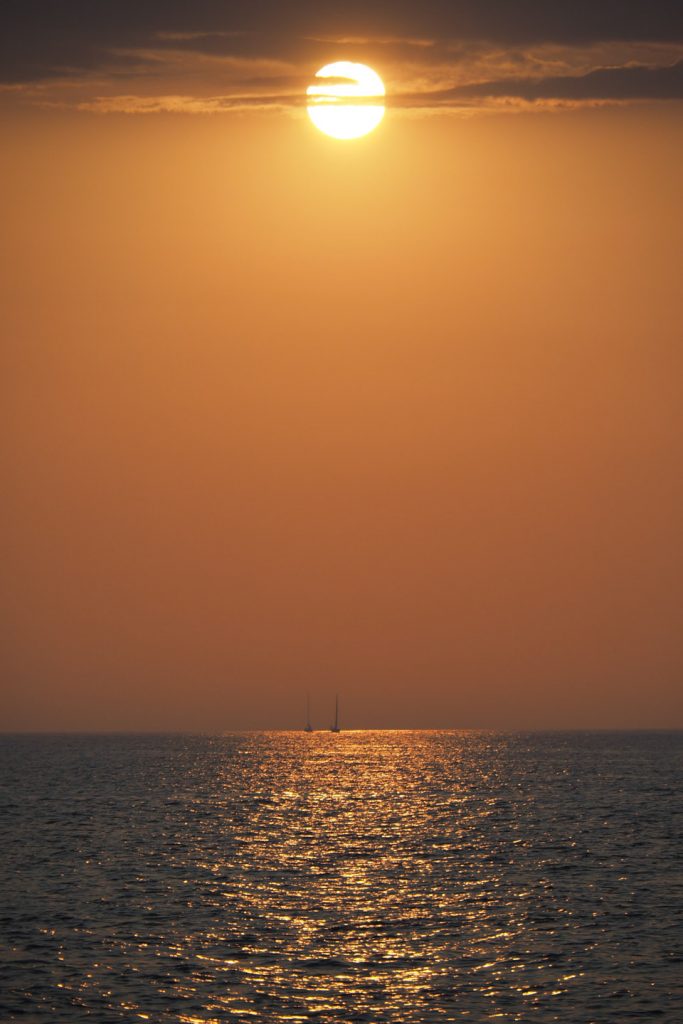 I came to the Roopot-lock where i wanted to just go through and go in the marina right behind it. But in the lock i met two great belgian sailors (Gregoir and Olivier) who told me they were going to stay at the pantoon right behind the lock and i should do the same. It is 1nmi closer and for free, compared to an overly expensive marina that has not much to offer. Sounded good to me! I stayed there with them – which is not really allowed to be done at that pantoon, but well… no risk no fun. And they invited me for supper. We had chicken, some wine and a good time and i got some good advice for the channel.

Well, here i am. On a sunny and breezy Sunday morning, had baked beans for breakfast (wanted to re-supply with bread in the marina) and am getting ready for the next leg. Will it be Belgium today?!

(Cover image: a west cardinal buoy and a sailing boat at sea)