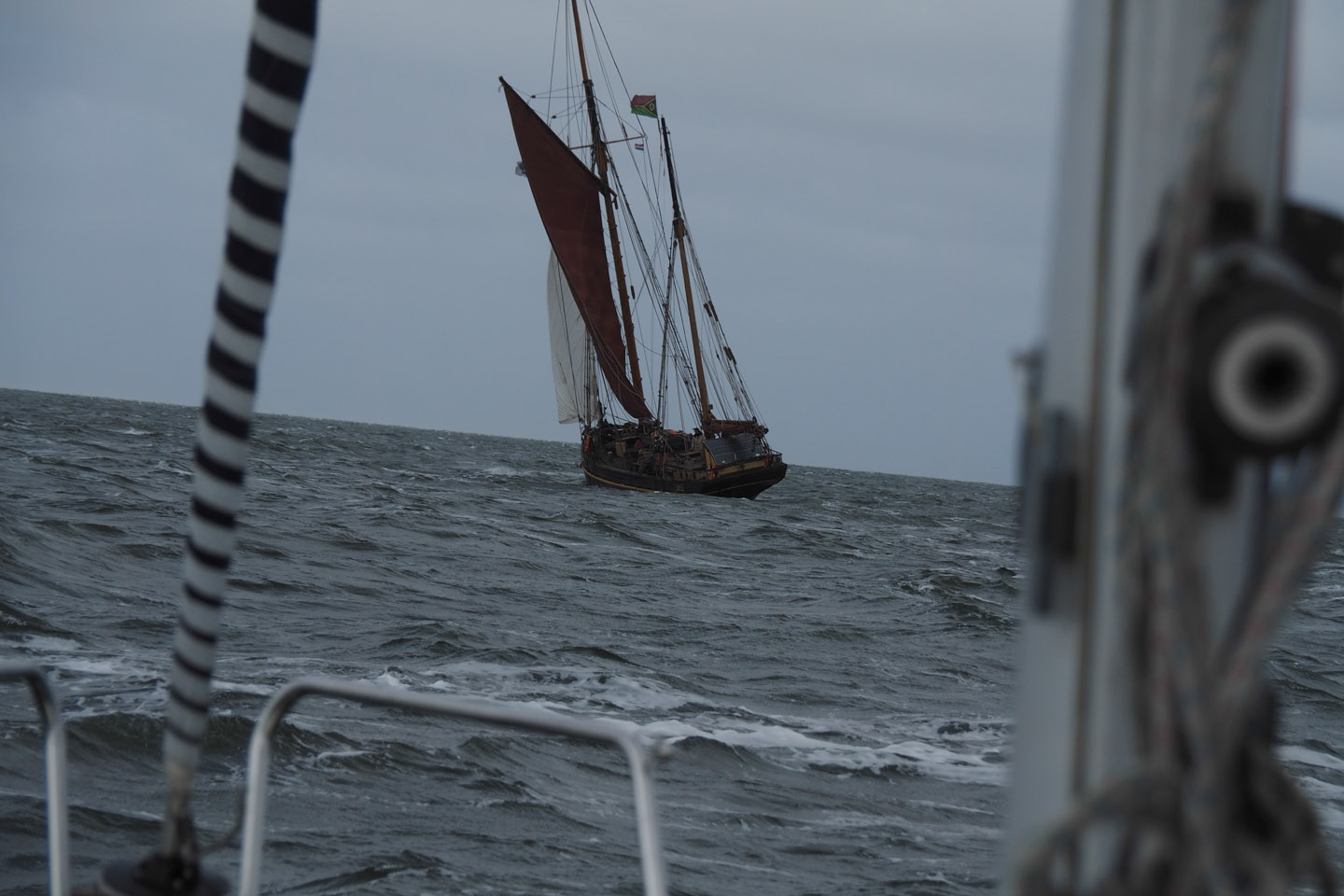 Today was full with experiences…
The day started with getting up early to be ready for Nordlys’ departure/escort from Den Helder. The tug boat was scheduled for 9:00, so by then mala moja and i had to be good to go. And we were. Only the tug boat took a bit longer to come. 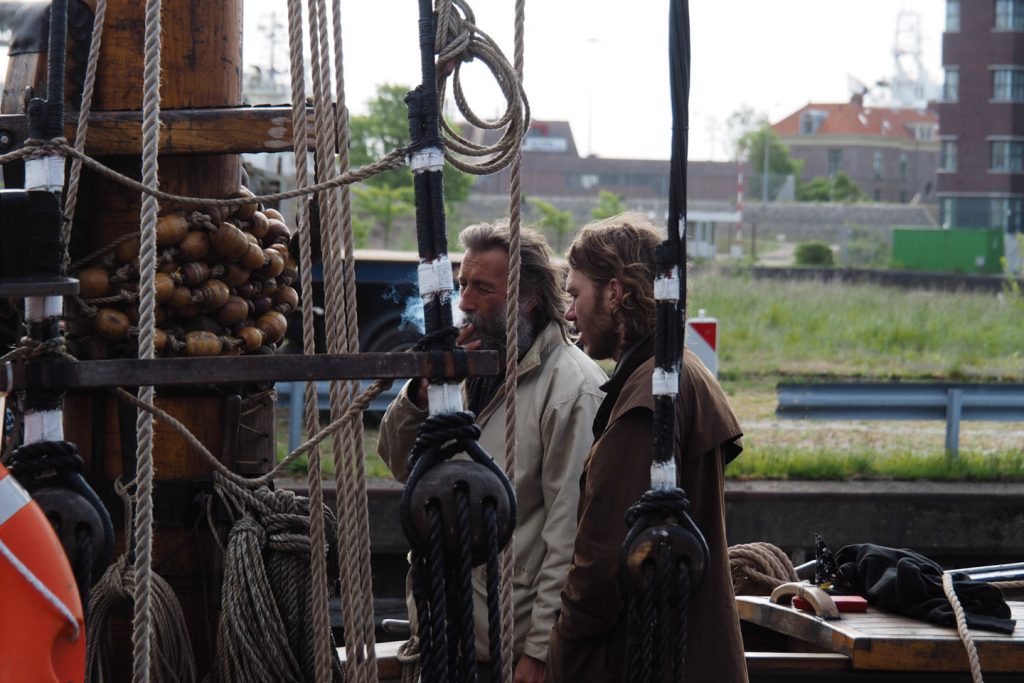 We finally started our trip through the harbor. With a lot of wind it was not easy to tug out Nordlys, but it was uplifting to escort her through the lock and bridges on her way to the sea. Four people from Fair Transport joined mala moja for this.
Waiting in front of the lock we tied up for a cup of coffee with the Nordlys’ crew. Was a really nice experience and farewell 🙂 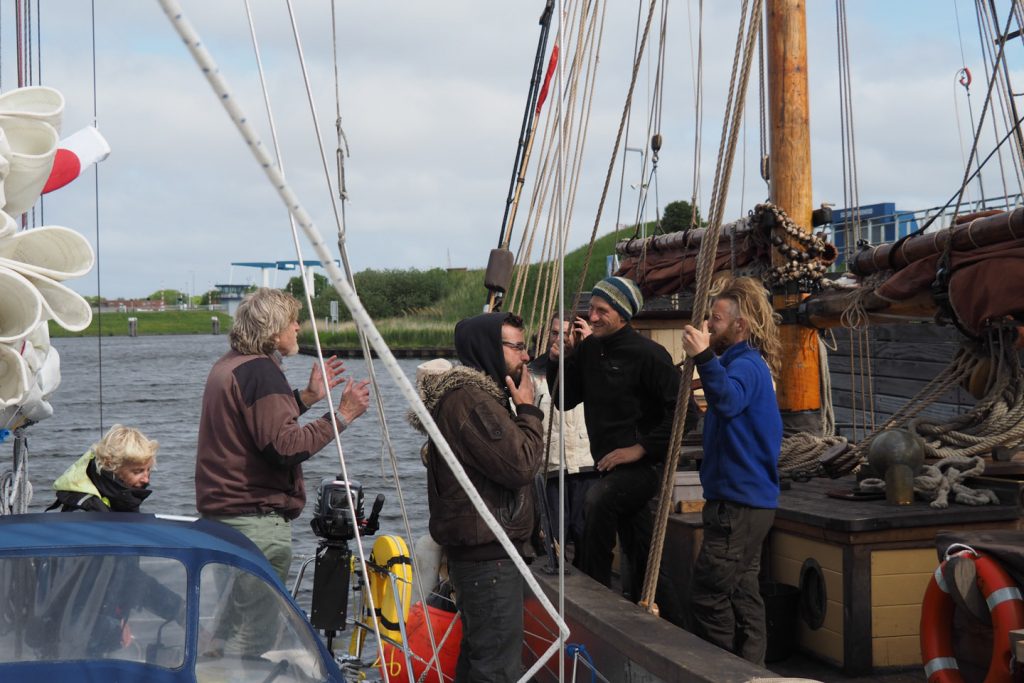 A cup of coffee before the lock

Exiting harbor the force 6 wind hit us right on the nose. By the time Nordlys had her sails up half the crew was salted. And so were we on mala moja. To make the experience complete a submarine of the dutch navy also left port with us. Made for a good scenery – i’m looking forward to the video of it (it will be posted by FairTransport – you can follow them on facebook 😉 )

After i dropped off the Fair Transport crew i was heading for Texel. But before i could leave i was visited by the police who inspected Rêverie and registered us. They said that future inspections would see this entry and be quicker. 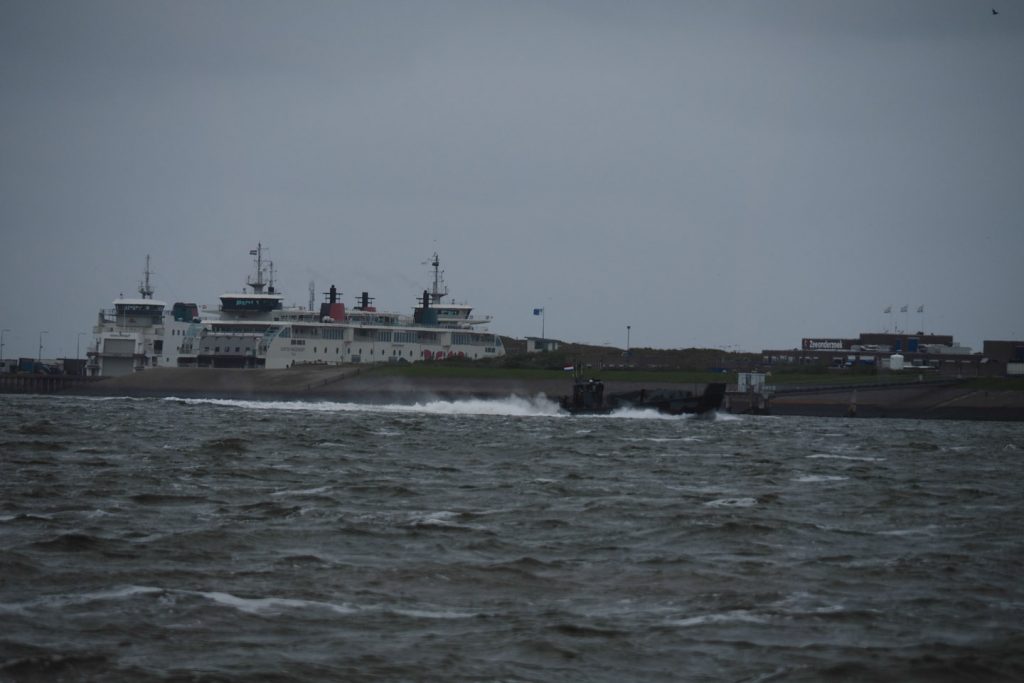 The trip to Texel, where i had an appointment with the sailmakers, took longer than expected, as the current was stonger (unfavourable 2-3kn) than anticipated. On the way it seemed that there was a maneuver of the Navy in which i found myself. After the sub from the morning several navy boats passed me by and helicopters were circling over the area.

Fairly tired i arrived in Texel and had a challenge to park, as the wind was blowing unsteadily. With the sailmakers i arranged the works for the 3rd reef and i’ll bring in my main tomorrow morning. After that i tidied up the boat and tried out the “cockpit tent” from which i had learned just minutes before from Niek, the previous owner. It makes quite a cool cockpit-cover! With the downside of not being able to stand in the cockpit any more 😀
And i realized that it would have had been better to park in the other direction – this way the cockpit would have been a bit better protected from the wind. But i guess that’s all lessons to be learned. 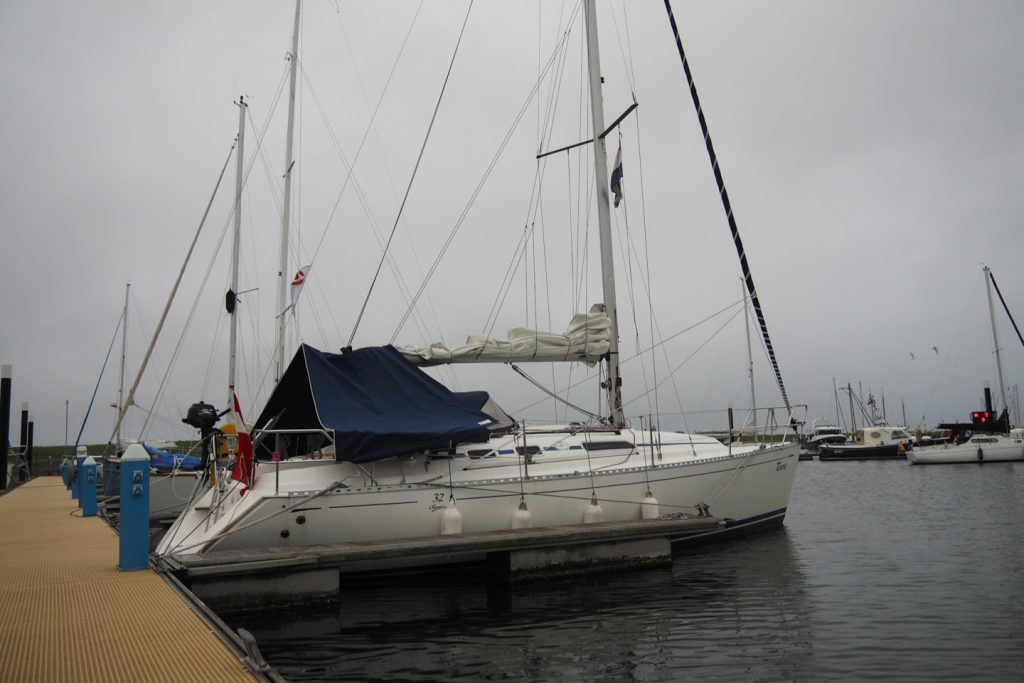 After supper on my boat, second supper with Saskia and lot of snacks (i seem to be very hungry the last days) i had a skype-meeting with my colleague with whom i was working on a (really cool ;)) data-story for the ORF on the refugee migration patterns (note: as the story will be online only a week or two, i will not link to it).
Good night for now. Quite some work to be done tomorrow. The journey is waiting, tasks need to be done!

(Cover image: Nordlys with set sails on its way to Oostende)