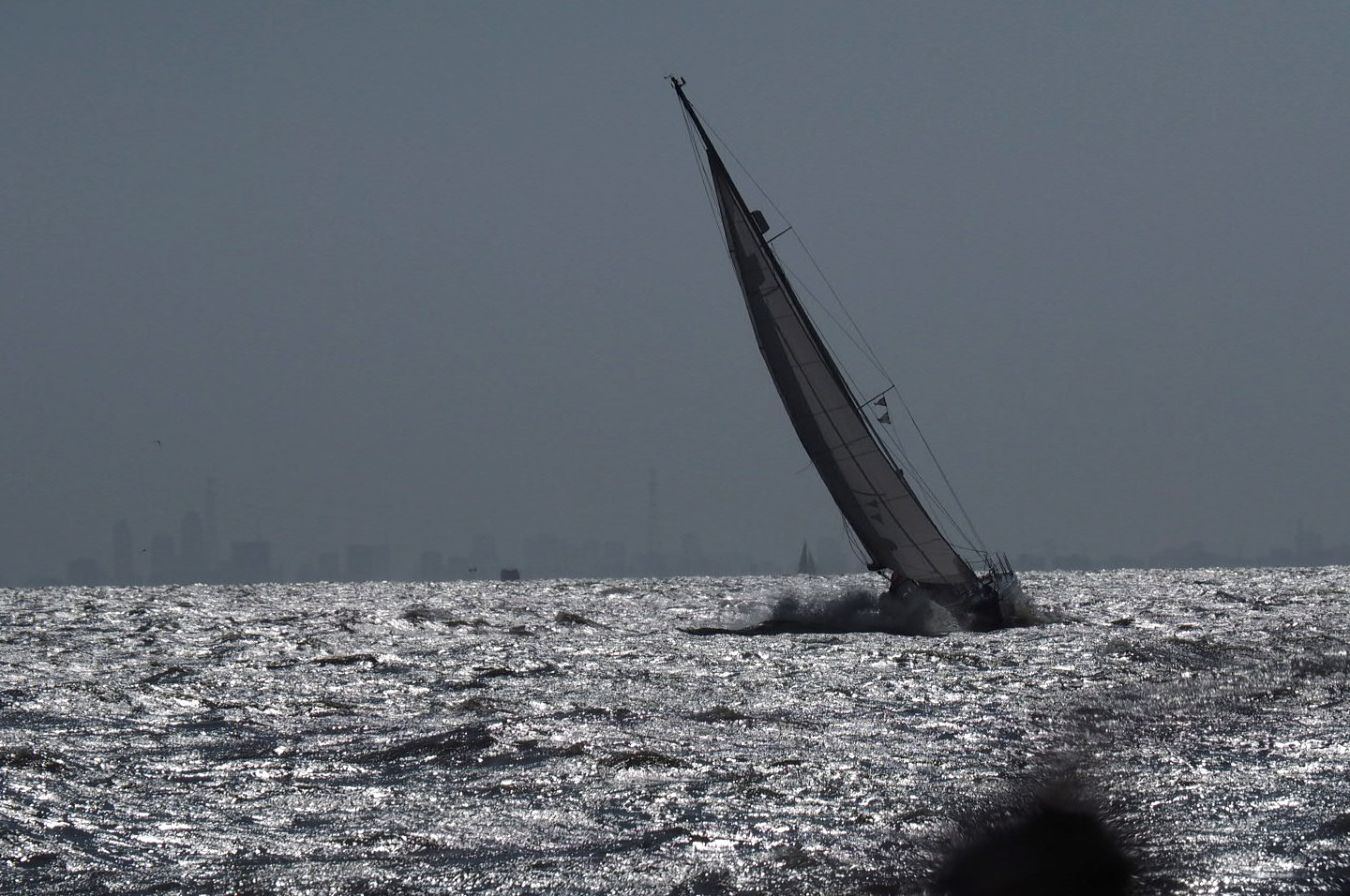 Having a cup of morning tea in the harbour of Marken. I came here yesterday, and a ride it was. Before leaving Muiderzand i checked the weather and the most extreme forecast i found were gusts of up to 27kn. Gusts and significant wave hight are always specified as the average of the highest third. This means that the highest waves/strongest gusts can easily exceed the specified numbers. Knowing this i was not totally sure whether to leave or not.
On the sea i would have stayed in the harbor, but here on the Markenmeer i was considering it as a strong but not dangerously strong wind which would be good practice for me. So i left for Marken which lies some 15nm (if travelled on shortest path) to the north of Muiderzand.
With it being really warm (20C) i left in shorts and shirt, with a fleece prepared to put on in the wind. But just after leaving the marina i realized that i would need my rain jacket, as there was spray coming over pretty frequently. Later on the wind picked up a bit and i had to sail close-hauled. So the waves came splashing on board at frequent intevalls. Which made me remeber that my rain jacket was not really waterproof any more. So i had a wet rain jacket and as the water was draining down my body i was also sitting in it. Thus another change of cloths. This time into my foul weather jacket. I figured not to put the pants because i’d be there in 1-2 hours anyhow. And it payed off to put on that jacket. There was quite some water that came splashing over me…
Just a bit later the dutch coastguard issued a gale warning. Not that it changed anything for me, it did make me a bit nervous. And i decided i would not tack another time, but use the engine for the last two miles until the channel into harbor. But, motoring this last piece in a very steep angle against wind and waves was unpleasant, especially as the engine was making only limited progress – at high revolutions.
Parking the boat with a wind of 20+kn and gusts way above (the highest reading that i got on my wind instrument were 32kn – apparent wind) proved difficult. The harbor at Marken is fairly small and the smaller berths were quite tiny. After trying to enter one for 3 times, another sailer told me to go and lie at the pier instead. He then also helped me turn the boat into the wind, so that i have some protection behind my spray hood and can sit outside as well 😉 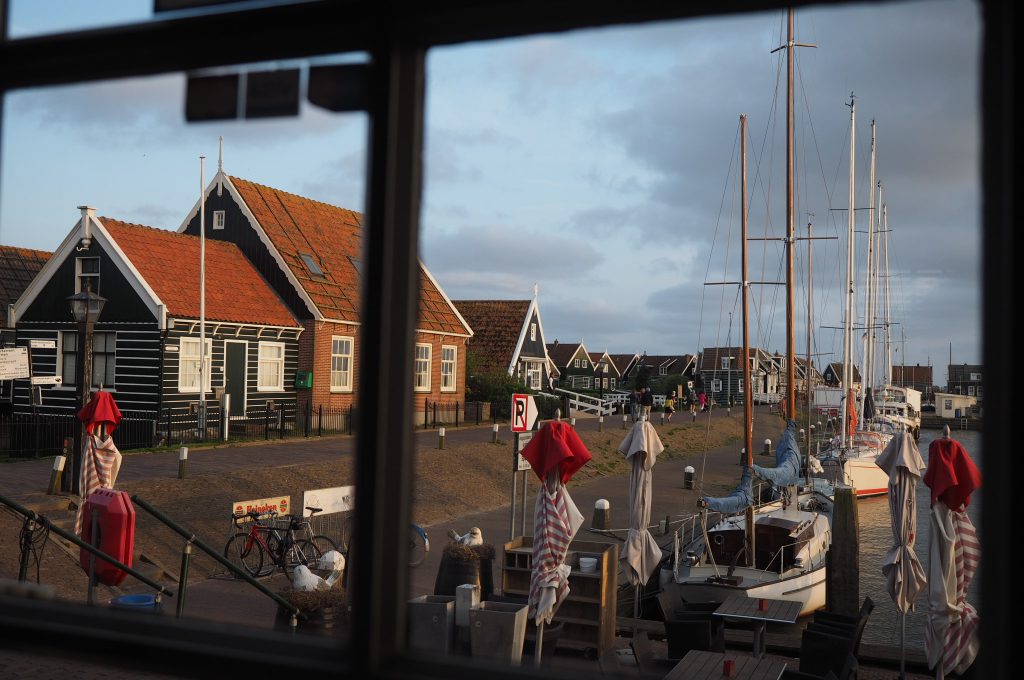 View of the harbor from the “Land en Zeezicht”

After fixing the boat i went to one of the two bars in Marken (the one recomended by that sailor) and had a great fish and some wine.
On my way back to the boat i saw a rescue boat drifting in the harbor. And when i reached my boat it went out, to aid a second rescue boat that was towing a yacht. They came into harbor and i helped them tie the yacht up. It’s engine broke down they told me. Which has been (after my experience the other time) just what i was afraid of the whole trip.

So, now i’m sitting here, the wind is making my boat dance alongside of the pier and i’m not sure if i should leave today into this weather or stay another night in Marken.
The weather forecast for today is better than for yesterday (wind 18kn, gusts 22kn) and the wind would also be coming from the back, which makes for much more pleasant sailing, but i’m right now still tired and not in the mood to be in the cold again.
Maybe that will change after breakfast.

(Cover image: boat following me in increasing wind on the way to Marken)

UPDATE: Took it as a sign of kismet to stay another night when a family pulled up with their catamaran alongside and tied themselves to mala moja.