Den Helder. The place where it started. Sort of.
Where, last year, i took off from to go on my first big sailing journey. Where i met Andreas who’s input gave the final touch to my idea of going sailing. Of buying mala moja in the Netherlands.

On Saturday i passed the last lock to the salty water. From there my first trip took me to the beautiful island of Texel. With a force 6 wind i sailed through the channels of the Wadden Sea and had also a favourable current. With speeds in excess of 10 knots i surfed down the waves to the fishing port of Oudeshild. It was great to be in salty waters. Mala moja loved it. The waves, albeit significantely higher than on the lakes, were coming in greater intervals. 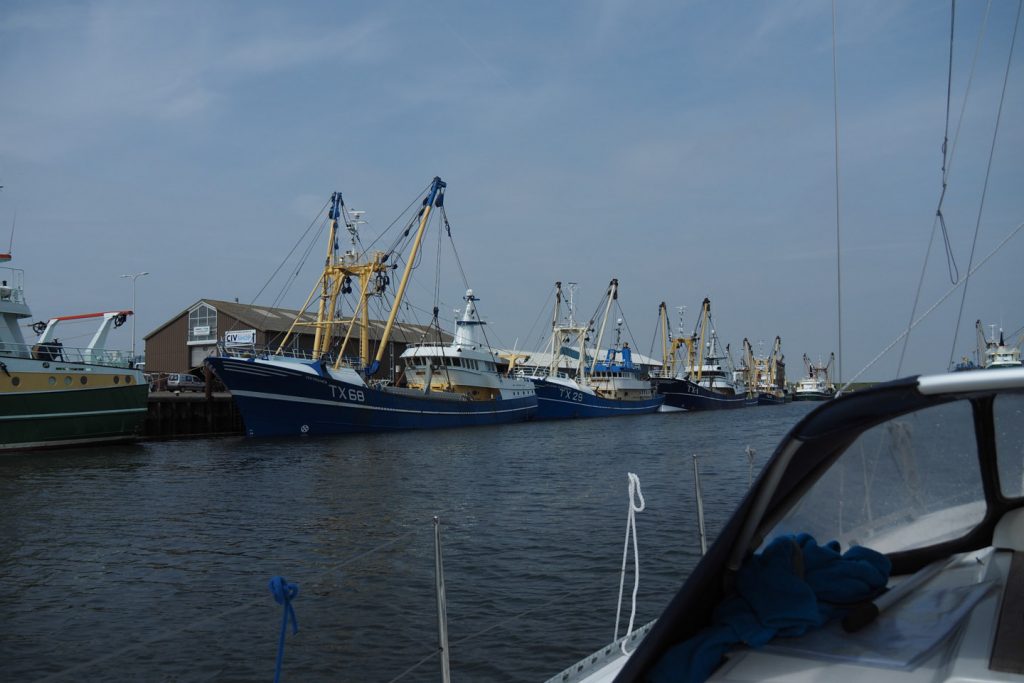 The fishing fleet of Texel when entering the port of Oudeschild

The last days on the lakes i spent in Enkhuizen, which is one marvel of a city. I thought that Hoorn is beautiful, but Enkhuizen beats it with ease. It was one of the major ports used by the East India Company and apparently got wealthy through that. Enkhuizen was basically just around the corner from Broekerhaven. Or once through the lock, to be precise. So i had a hole afternoon to spend there and also used some of the next day to bike trough the city. 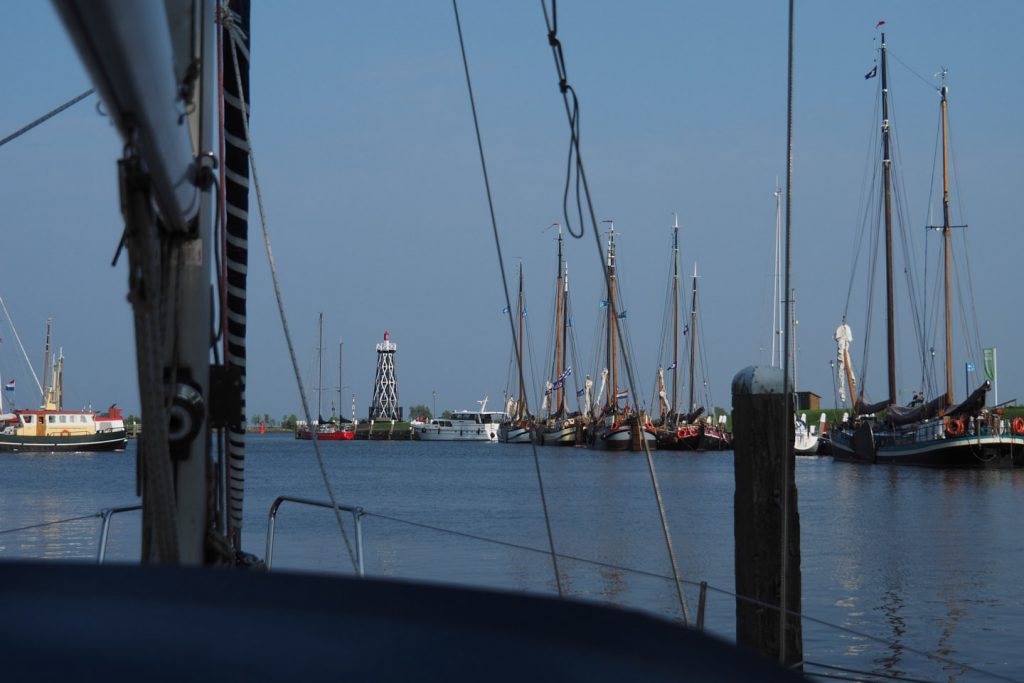 One of hundreds of impressions of Enkhuizen

From there i crossed the IJsselmeer in just one day. It was a gray and rainy day with fairly strong wind, so it took me long until i decided to leave (until the rain seemd to level off). The wind was coming from N (where i had to go) so it was (very) close hauled sailing with a tack or two to avoid coming too close to “no-go areas”. The night i spent in front of the lock of Den Oever. The following day was already Saturday when i travelled on to salty water and Rêverie was jumping from pleasure… 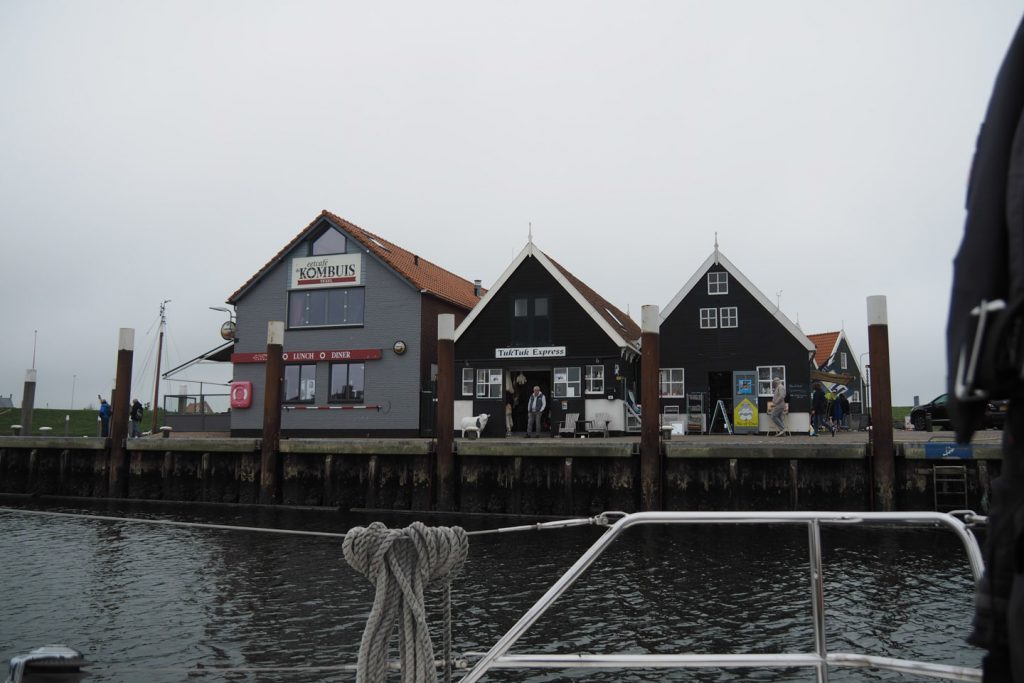 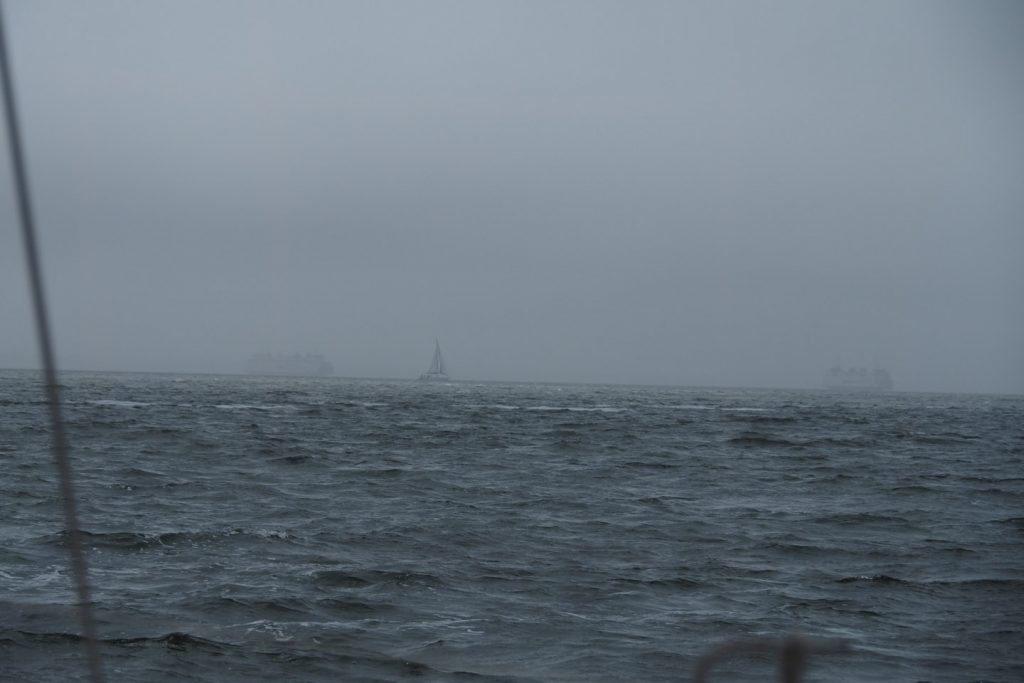 Sunday Saskia joined me on the trip from Texel to Den Helder, where i was to escort the Nordlys to the sea on her “second maiden voyage” (she was rammed on her original one and had to undergo months of repair). The trip was really good with fair wind, calm sea and the current carrying us rapidly. The slight fog made for a great atmosphere (also see cover picture). Unfortunatelly Nordlys could not depart on Monday. They will leave port for their westward journey tomorrow 9:00 instead, and so i am still here in Den Helder. 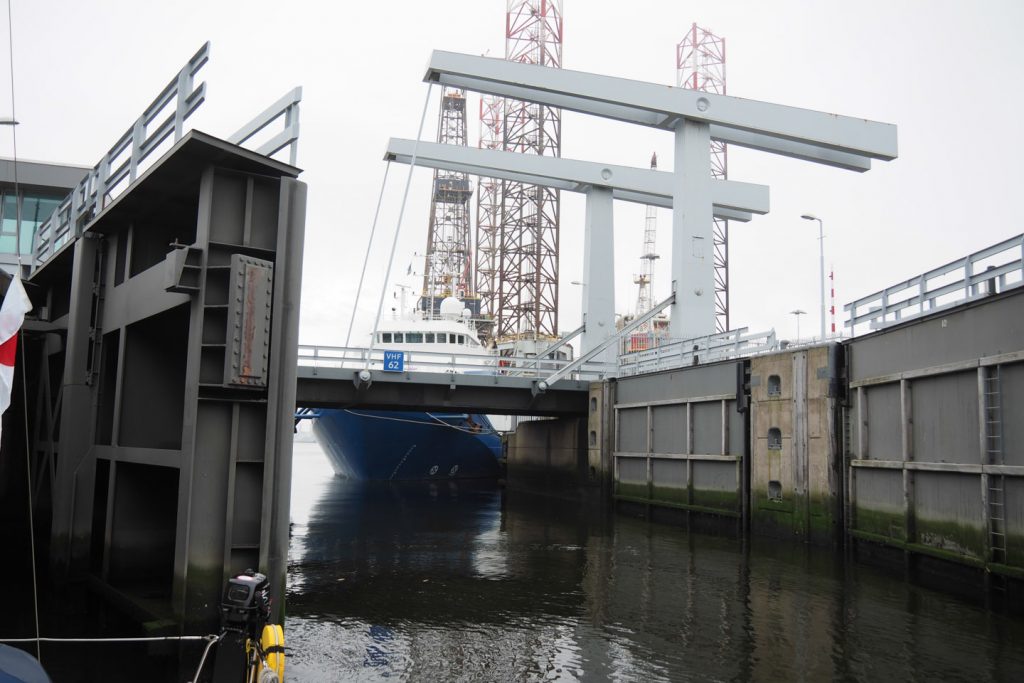 Entering the lock to the port of Den Helder

I was using today for office work that needed be done and also tried to get the boat more orderly. I arranged an appointment with a sailmaker on Texel who i want to add a third reef in my main sail (Explanation: the main sail right now has two reefs, which means i can make it 2 steps smaller than fully opened, this is used in case that there is a lot of wind). And i went shopping and treated myself with some calory rich dinner. Which was the best that i could do on this rainy, windy and cold day.
Except from that it was also a good day because Austria avoided, by a narrow margin of a few thousand voices, to have a right-wing extremist as president. Also it is the second day off power for me and tomorrow will be the third – which is a good test as i get to see how long my batteries last. By calculation i should be able to go for 3-4 days without falling below the 50% treshold under which lead batteries start to take damage. But we will see tomorrow. And at night i hope to be lying at Texel due to my appointment with the sailmakers. 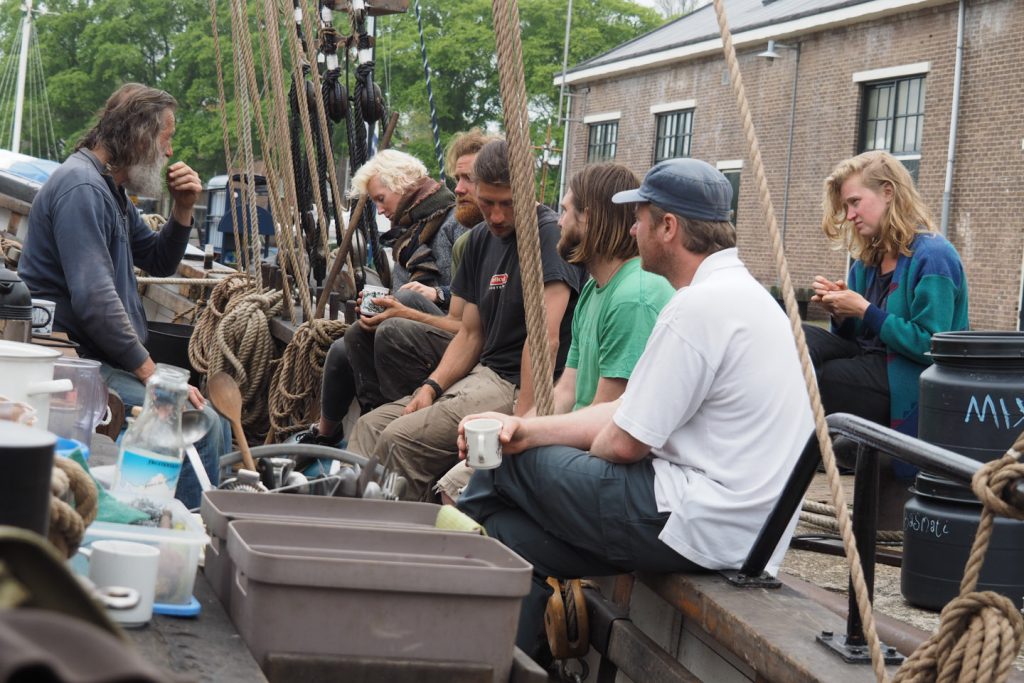 Nordlys’ crew on its deck

So tomorrow i will be the escort of Nordlys. We will do some filming for Fair Transport and have some volunteers on board who worked hard to get Nordlys seaworthy again during the past months.
Just before starting to write this blog Gerhard, the captain of Nordlys on this voyage (the guy with the great beard on the left in the picture above), came by and presented me with a good cup of outstanding Tres Hombres rum. Writing is even more fun now 😉 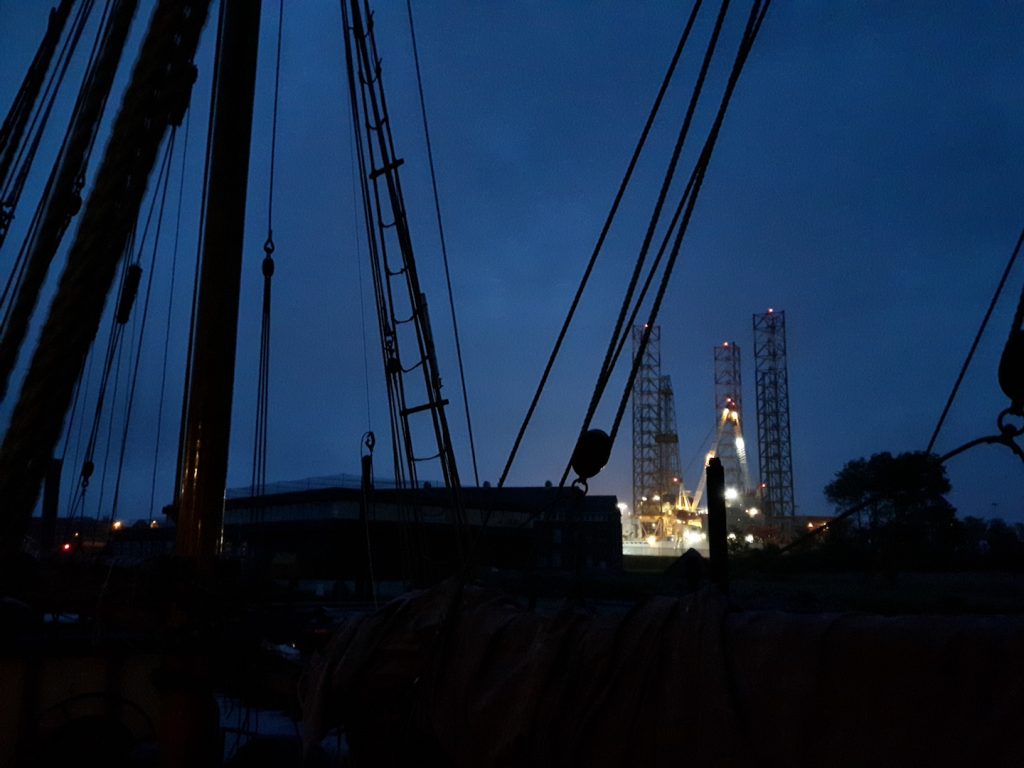 (Cover image: a sailing ship in the fog between Texel and Den Helder)