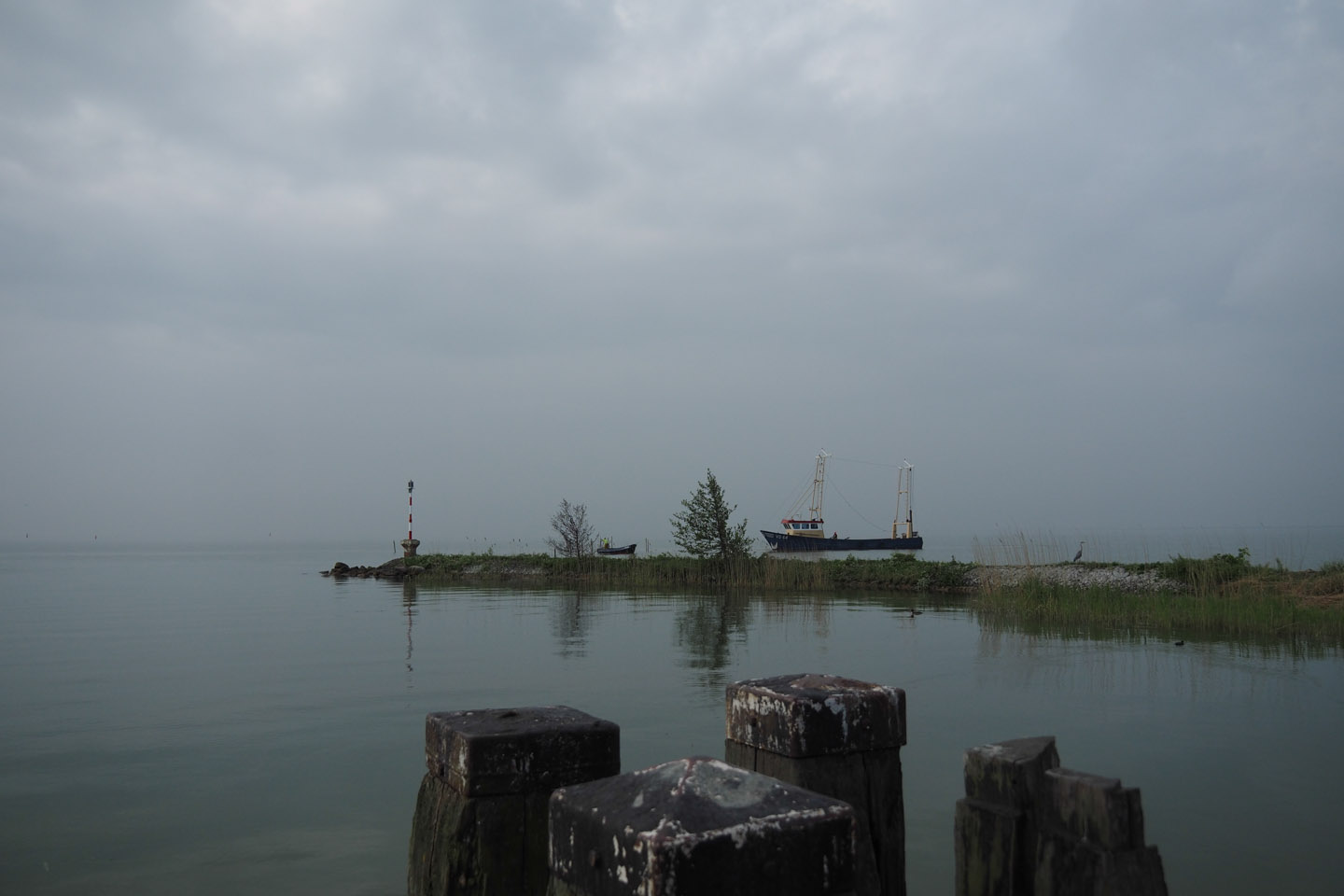 I’m gone.
Yesterday i untied the lines (using the name of Nike’s video-blog as a title for this entry) in Muiderzand for the last time. And started heading north.

But before that i had to go south. From Marken, where i spent Friday and Saturday. Saturday i had a cup of wine with the family (Birgit, Eric, their daughter Nienke, her friend Linde and their dog Pepe) that went alongside me on their catamaran. Which was a really cool boat. Just the sailing basics. No fancy knickknack.
They invited me over into their “tent” which creates a half-open salon on the bridge between the two hulls of the boat. Later we transferred into mala moja where we shared our dinners. And another cup of wine. We talked about sailing locations (Brittany, Kornati, …). After a longer time of solitude i very much enjoyed their company. And for mala moja it was the first time that neighbor sailors came as guests 🙂 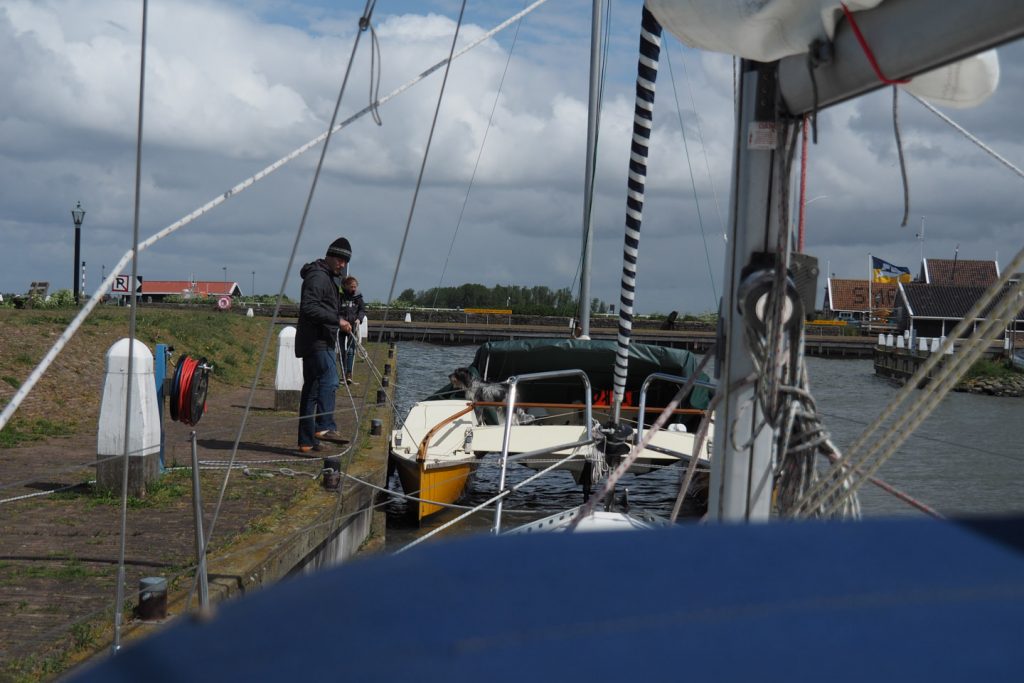 Birgit and Eric moving their catamaran to the pier

On Sunday i left for Amsterdam where i stayed in Sixhaven again. The sail was fine as the wind had leveled off a bit. Sixhave, as alwas, was great. This place is simply cool. In the middle of the city, but still so unpretentious.
With Monday being a holiday (Whitsun), Sunday was a going out evening. And a quite cool one too. Got to know a few new places and people and had a great night on the town. 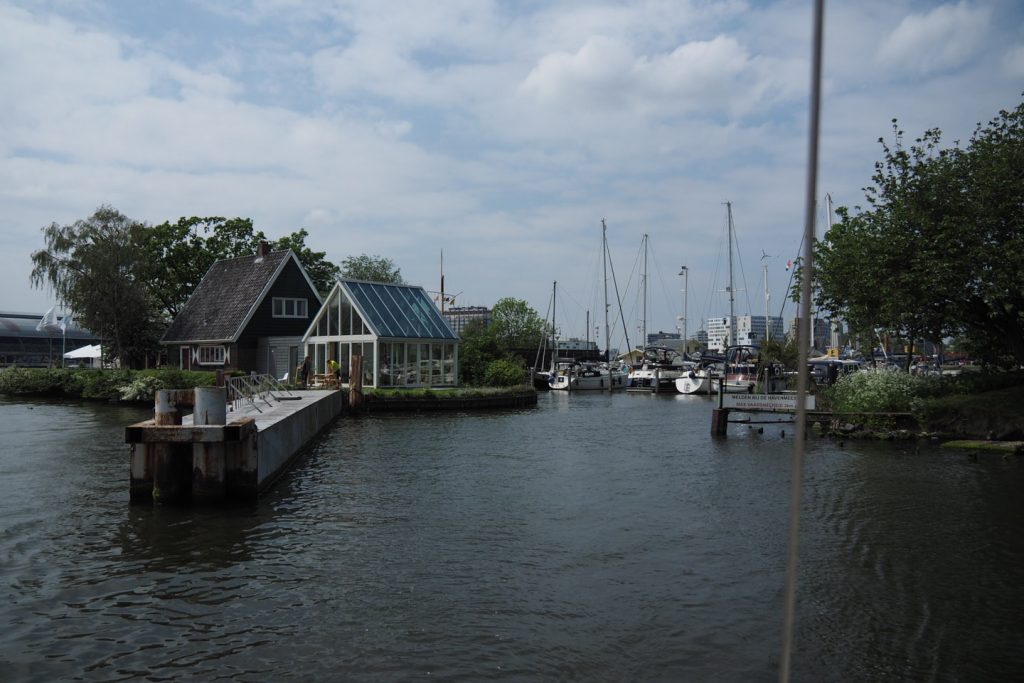 Monday was an official holiday, but for me it was a busy working day. I had to prepare a video conference and thus spent the whole day and night in front of the computer. After the video conference i took off to Muiderzand where my last delivery has had arrived. So when i came in the evening (i was sailing butterfly a long stretch there – and was quite euphoric about it) i picked up my dinghy, the outboarder, binoculars an anchor-rope and two (smaller) austrian flags. With this i was ready to go. 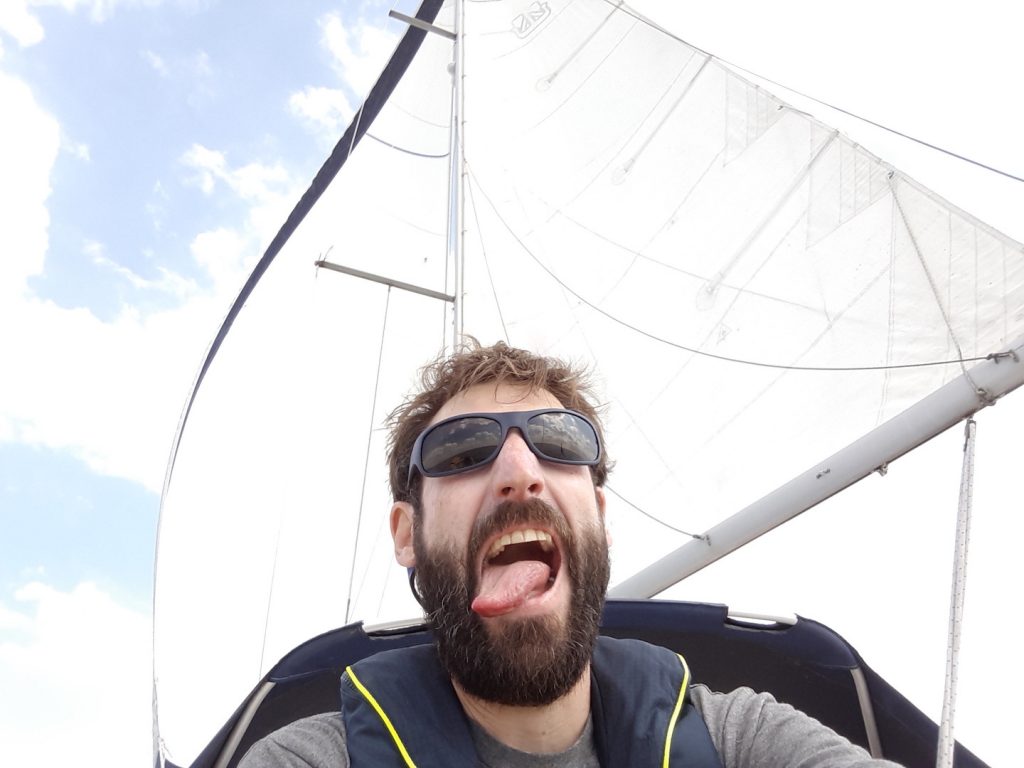 Somebody is crazy over butterfly sailing 😉

Nevertheless it took me a long time to depart yesterday. Buying another fender and two hailyards – one for my boom (which i could use as a main-hailyard backup if that one breaks) and the other as backup for the Genoa (the name of the front sail if it is an “overlapping” one). And of course i tried to get the stuff for the outboarder (motor oil, gear oil and a backup-spark-plug). The last two i did not get, so i also did not inflate the dinghy.
And then it was time to say goodbye to Mariëlle and Stephan from Yachtingcompany. One more big THANK YOU! for the many things that you helped me with!

And so here i am now. Lying in the very original harbor Broekerhaven to which i arrived yesterday night. The sail up was first just under engine, as it was totally becalmed. Later the wind picked up a bit and came from a perfect angle. Close hauled mala moja made good 5-6 knots in an apparent wind of only 10kn. I don’t know what the true wind was, but as the apparent came from just a bit over 40° starboard, i would estimate that it was below 10 knots.
I was pretty much the only sailing boat around and besides crossing the traffic lane there was no traffic at all. So finally i could relax and let be sailed. A timer for a 10minute check and a book. Perfect.
But of course. Perfect is never for long 🙂
I discovered that the port i was heading (Wijdenes) to was too shallow. So i had to go further north (as south was not an option for me) and the slight rain that had started turned into a downpour. Faced with the decission, i chose not to go through the lock of Enkhuizen but to stay south of it. Which made it Broekerhaven. 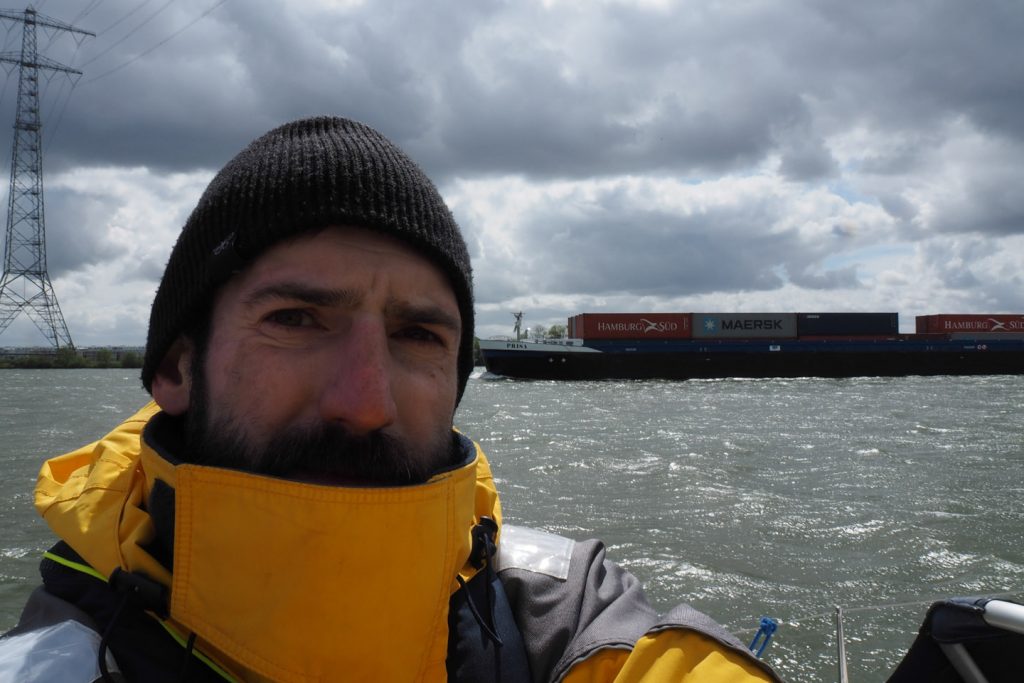 Me in Amsterdam’s working day traffic

(Cover image: fishermen in the morning mist in front of Broekerhaven)