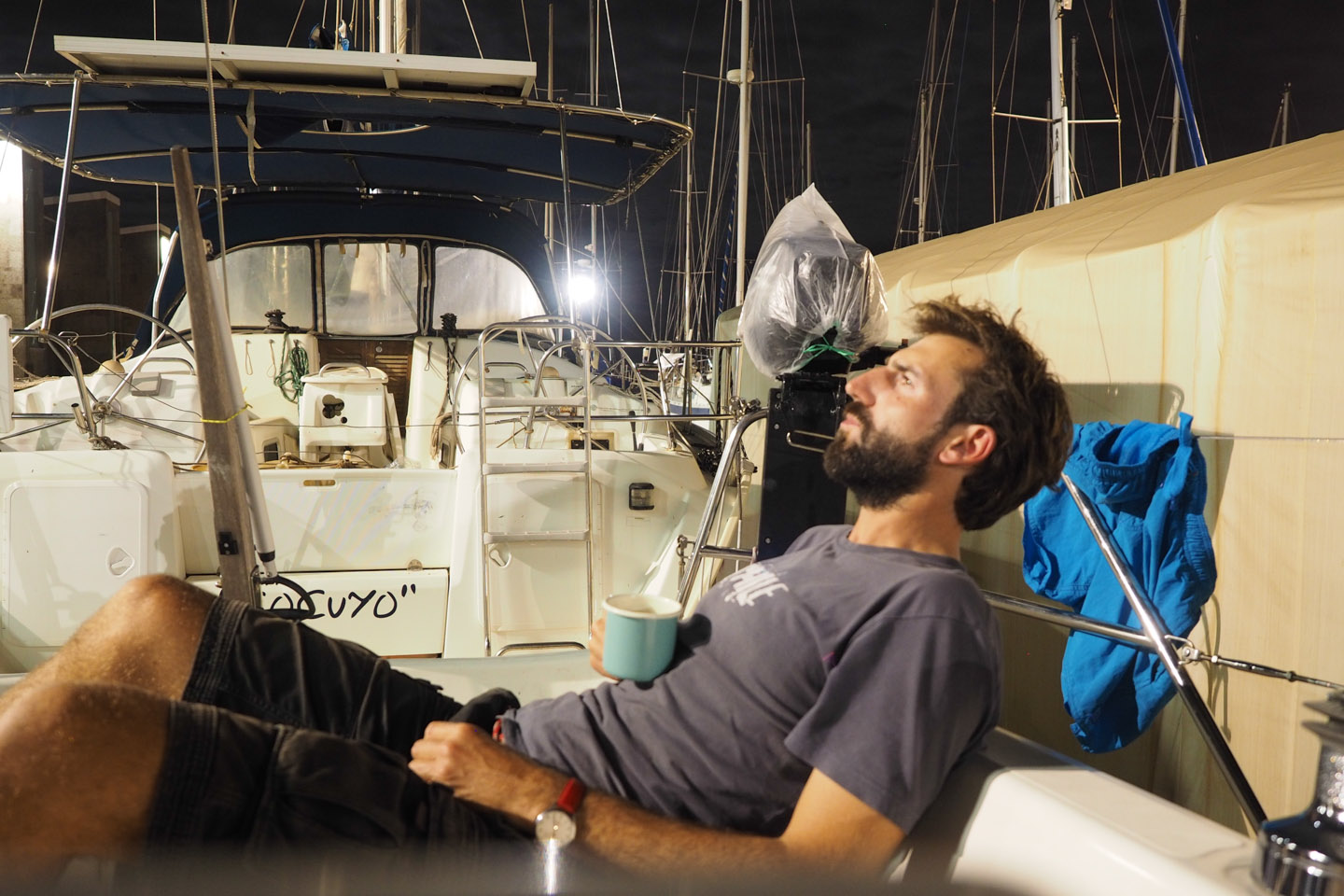 I am stranded at the airport Schönefeld in Berlin. Delayed on my way home. And in Lagos, Portugal, mala moja is sitting in her winter storage. So we’re both in a similar situation, although at a different scale: we don’t know when our journey will continue. Mine might in a few hours. But i’m pretty sure that tomorrow i will be at home. Mala moja has to wait much longer. Maybe she will continue next June? And maybe not.
But one is for sure. For now our journey is over. Time to look back?

Looking back is often more comforting than the actual experience was. One does tend to forget the hardships and remember the good parts. A simple self-protection mechanism. Them good old days, ey?! So what do i see when i look back at the past months, trying to be objective? 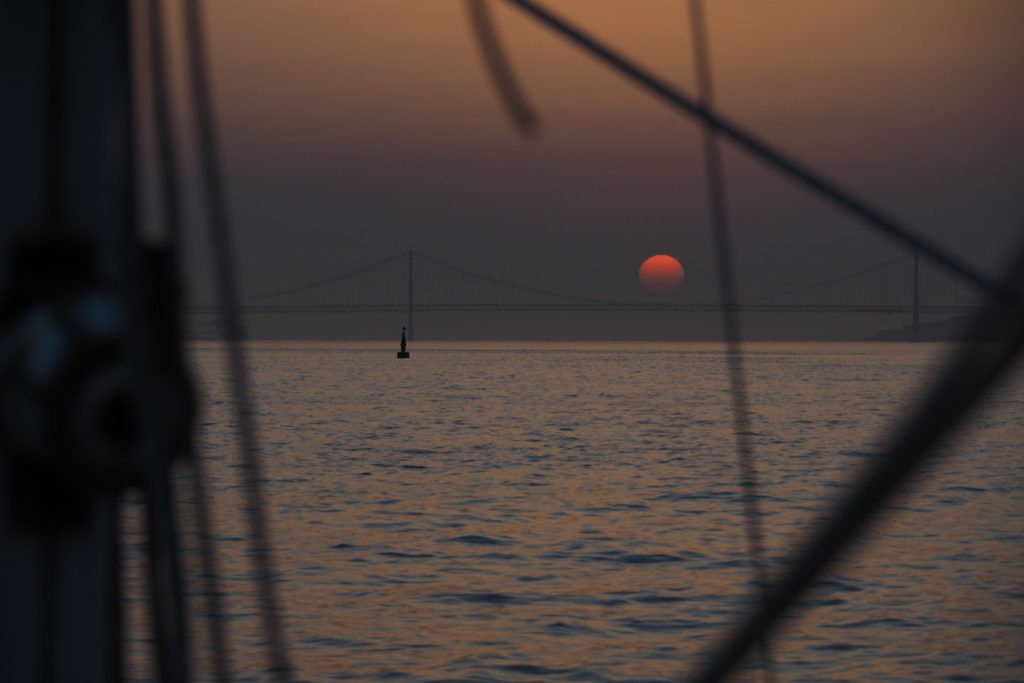 First: i did already feel quite an urge to go home again. I would not consider myself being a person prone to homesickness, but this journey was different from my previous “adventures” (in my opionien “adventure” is quite a big word). The biggest difference: i was all by myself. And that is and was also the biggest challenge for me. Not that i did not frequently receive help from other people! Be it mentally and emotionally during preparation (before i even left) or when i was feeling low along the jourey, or people i met and who gave me a hand or just spent some time with me. But at the end, i was alone on mala moja. And that was all but easy for me. 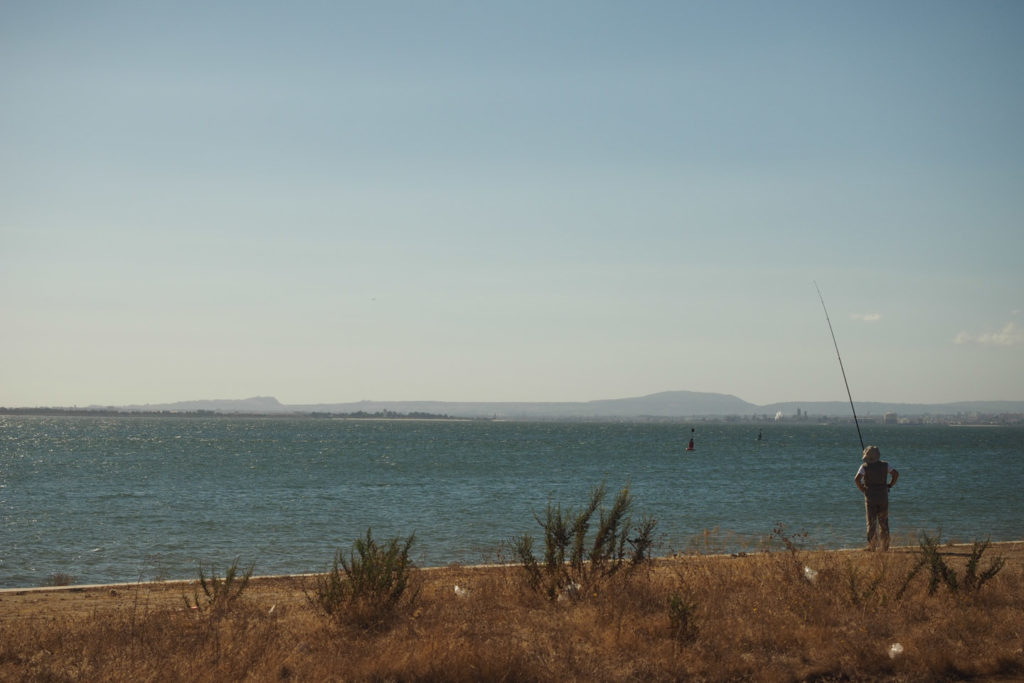 So one one of the things i’ve “learned” is, that i really don’t know if i’m a sailor. And if somebody wants to call me one, i most definitely am not a single-handed one (navigateur solitaire, as the French call it – great song though ;). Sailing to me is a team-thing. And people that want to really go sailing have to have patience, time and devotion for it. And it was beautiful for me to experiece and thus realize that too.

In general this trip probably gave me a different perspective on things. Although i assume it’s yet too early to say – or write – something like that. But i did struggle with my “slow” progress very much until i came to Fécamp and had my (home-visiting) break there. Not that i was all that happy about still being in the Channel when my initial plan was to sail the Mediterranean by then (beginning of July). But i embraced it. And tried to enjoy as much of it as i could. 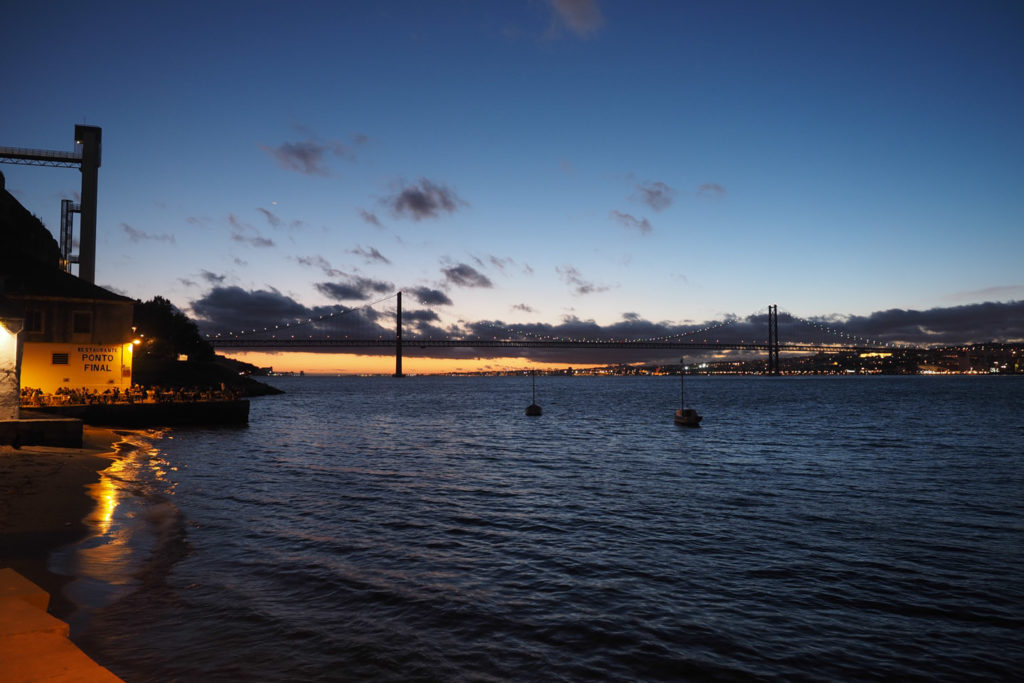 Also, this “attempt to embrace” is not something that i learned at once – i don’t even think that i “really learned” it. Just 3 days ago i was realizing that i way too seldom just sat on mala moja at anchor or in harbour and watched at the horizon… doing nothing. Often it was a bad conscience that made me itchy. For no reason. It actually is the same as at home, when i feel like i am wasting time. And i don’t have a solution for that yet. But i think that i may have gotten the idea that it is necessary to be content with the “wasting” of time. Or in other words: consciously appreciate the luxury of having time to do nothing. And most important: THEN also DO NOTHING. Not surf the internet or distract oneself from doing nothing.

So another thing is: doing nothing can be sweet. If done properly. And doing nothing can be agony if it is getting too much. But this, again, is closely related to solitude. Sailing longer trips alone gives you time that you cannot fill with “distracting” chores. So it’s reading, or – if you’re capable of doing that at sea – maintenance, little naps and the like. And sitting around letting your mind circle. 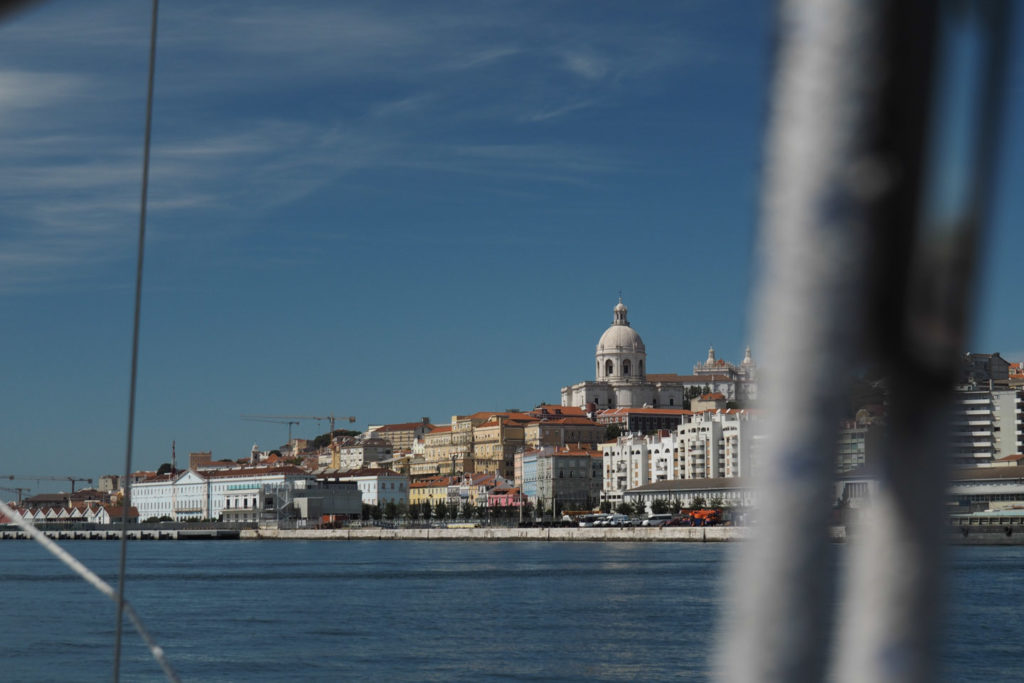 Departure from Lisbon for the last leg of the journey

Another thing i learned: fog is not a British thing at all. Apparently at least. The fog i experienced was once in the North Sea and then a lot in Spain and along the Portuguese coast. And fog is not funny. Although the chances of meeting (i.e. hitting) another boat are fairly small – especially since all big commercial boats have to have AIS and thus show up on my screen – it still leaves those “small”, invisible vessels that could win the lottery.

I guess the ultimate take-away is that life on a boat makes you a bit more conscious and sensitive. The lows feel lower, the highs are higher. Maybe it’s because you live more intense. Even though your life is not directly in danger if you do things cautiously, you are still at the mercy of the elements. And you are alone – even more if sailing alone. So when you enter a new harbour, they are all beautiful. When you get to meet new people they are all interresting. A sunset, a sunrise or the milky way in all it’s glory, some hundreds of miles away from any other soul are just… humbling. 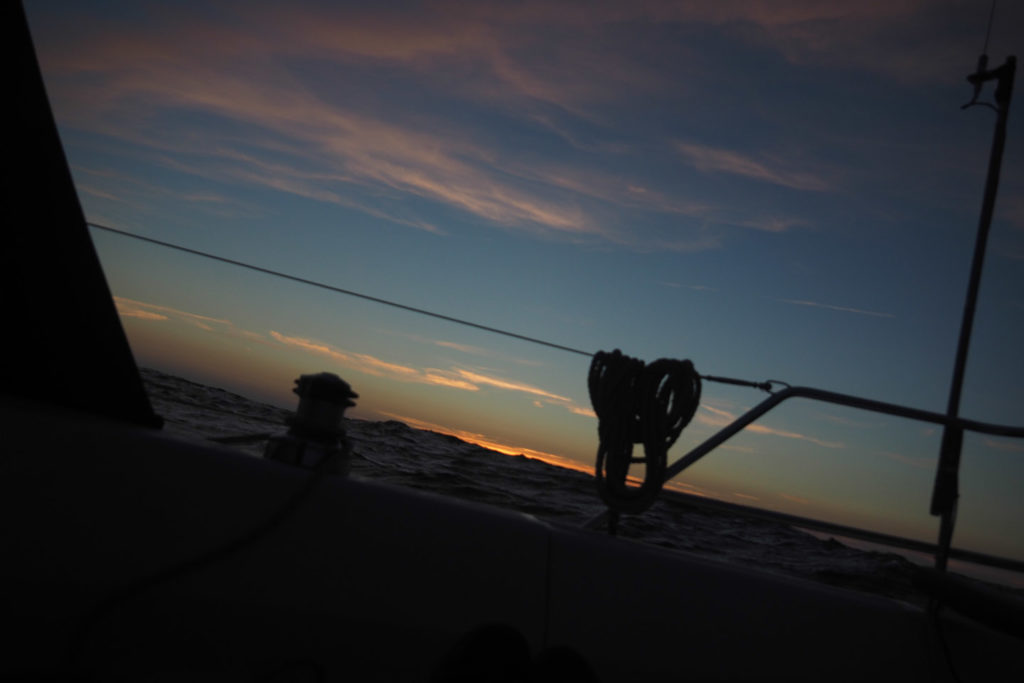 My last sunset at sea… beautyful silence, yet sometimes painful when enjoyed in solitude

Sure, things can easily wear off. Camariñas, the harbour that was smelling like pine when we entered it, did smell like a waste-fish-place the next morning. Some people i met turned out to be quite dull after a first meeting. But then again… Camariñas will remain for me as being that nightly bay that had this irresistable pine-smell to it. And a lovely village – dispite the smell – in the morning. And i am looking forward very much to see Martin and Eva from SY Emil again – maybe next year in the Mediterranean, at an anchorage in Greece? – and Kathi, who i did get to know and like quite a bit along the way.

And then there is mala moja. The boat that i bought “blue eyed”, as the german saying goes. Not having had a clue about the sea, boats or sailing. There is definitely a lot of things that i would have done differently if i knew then what i know now. But then again: nothing that is really worth too much discussion. Though, yes, it would be quite nice to be able to stand upright inside the boat, especially if on (and in) it for months 🙂 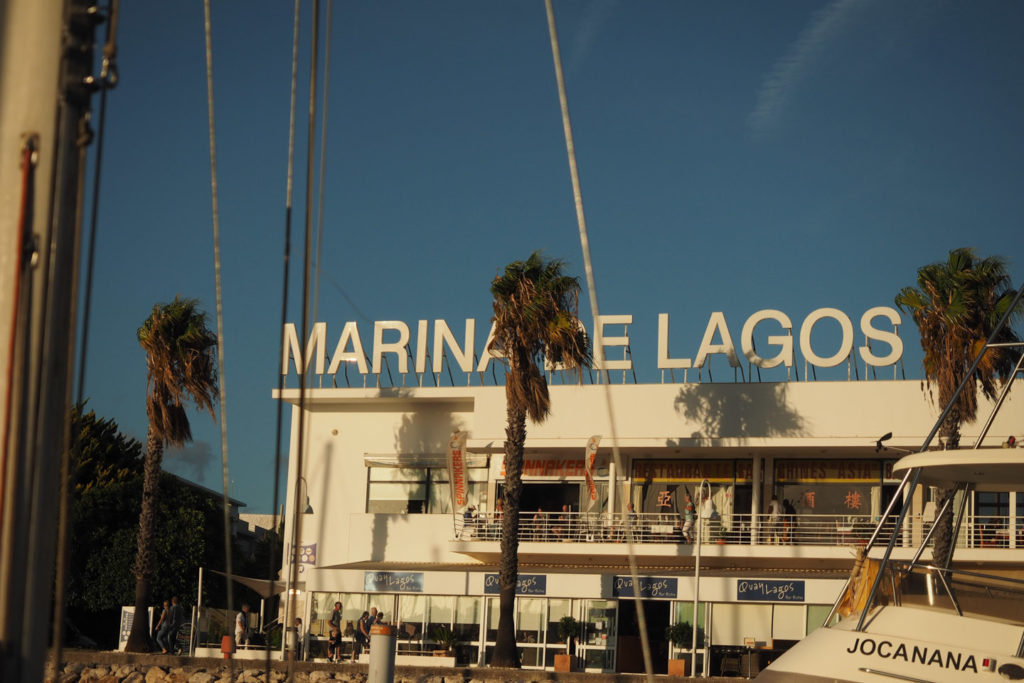 Marina de Lagos, mala moja’s last harbour on this trip. At the south tip of the Iberian Peninsula. 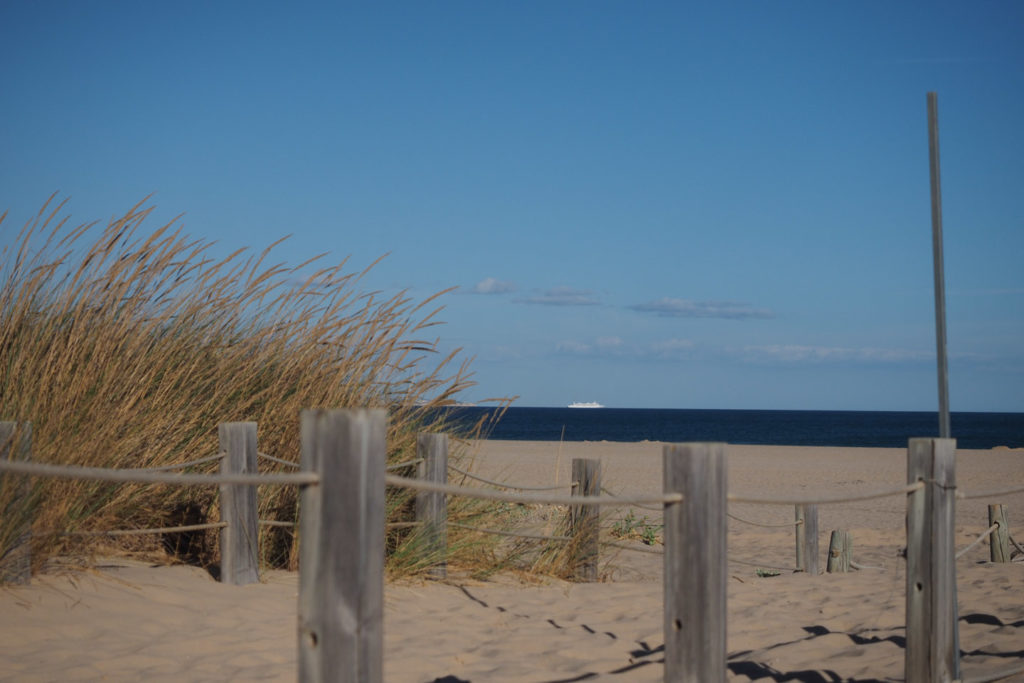 Taking in the beach in Lagos.

And there is, another thing i’ve learned, constantly something to be done and fixed on a boat. Mala moja does in any case need some care taking. The engine needs to be fixed – or actually the engine’s electrical circuit. There are three “leaking” hatches (not bad, but annoying), the underwater ship needs another layer of anti-fouling, the winches maintenance, the wind vane fine-tuning, the sink should be newly sealed, some lines need to be exchanged, the broken (old) autopilot would be nice if i could fix (and have as a backup), …

After all, i would say it was good that i did this trip. Although some find it extremely brave to do, i don’t see it as such an act of bravery. To me the conscious decission to have a kid is much more brave. But i got to know “the hard way” that it takes quite some energy to do it. And i often thought about how much easier it would be if i were not doing this trip. But then again… there were these moments that were just good.

And i hope that next year mala moja is going to go through the Strait of Gibraltar, up to Barcelona and then east, east, east into the Mediterranean. With me and a (small but good) crew.

But, that is just a whish, an idea i have… 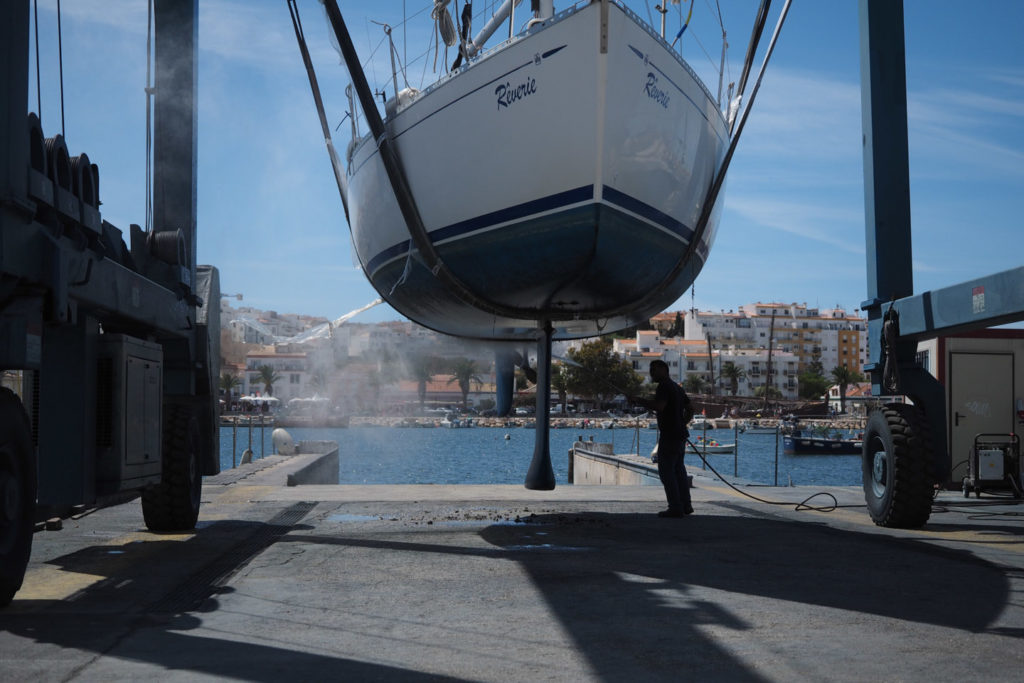 Mala moja’s last journey – out of the water and onto a concrete parking place. Sad.

(Cover photo: Mala moja’s and her skipper’s last night together. Time will tell what is to come…)