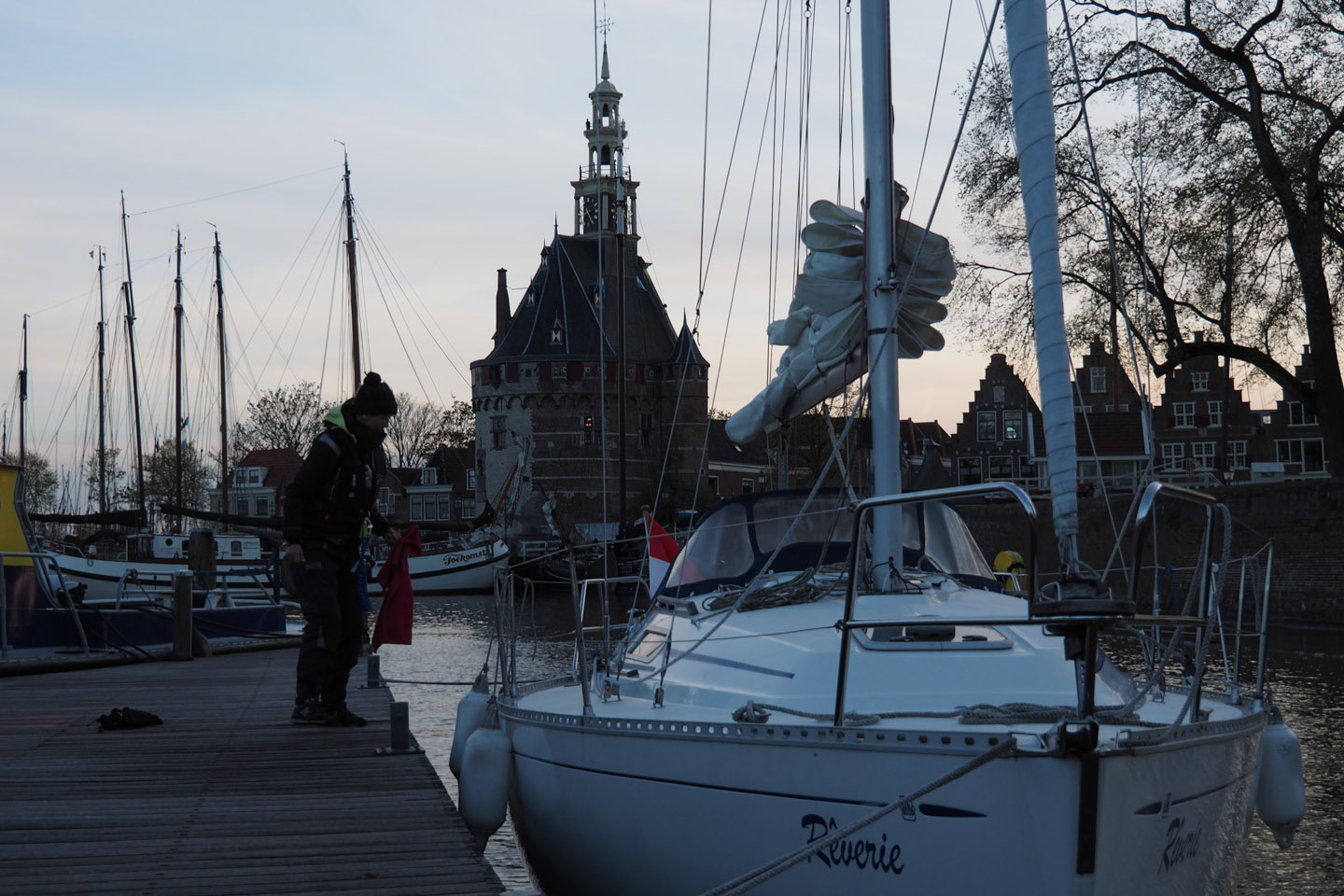 So the next thing up was the check of the rigging. The insurance wants it for the crossing of the bay of biscay and i thought that it would not be bad to have a pro look at it. Well, the pro did not look much at it but said right away that the steel cables need to be replaced and thus the mast taken off the boat.
To see it positively, i had an easy opportunity to change the (main) halyard, fix the “Windex” (german term) and replace the navigation lights with LEDs (to save energy). And to install a radar reflector.
Well, bad thing is, i also figured out that the wind sensor was corroded and hence dead. Another unexpected replacement/repair. And while at replacing it i also found out that the VHF-antenna is at the very end of her life span. And not just the antenna, but also the cable (already corroded inside). More replacement necessary.

After this i went home for a week that was full with appointments. It was great to see family and friends again. But also a bit challenging to rush through this many events and to-do’s. And of course it was also not fun to see the outcome of the first round of the presidential elections…

Back in the Netherlands i actually wanted to take part in the King’s Day celebration in Amsterdam. But just after i came to the boat i slipped and hit my leg really hard on the edge of the dock. So i spent King’s Day at the boat doing small stuff and keeping my leg calm.
I also had my aunt visiting and we had lunch at the Harbor House.

The following day Rêverie was taken for a first “real” trip. Saskia, a friend from Tres Hombres with thousands of miles of sailing experience, came with me on that trip – which was really great. The city of Hoorn, to which we went is extremly beautiful. So with my sample of two trips, i can either say that 100% of the dutch cities sitting on water are beautiful, or that my sample is too small.

(Cover image: Saskia next to mala moja in the harbor of Hoorn)