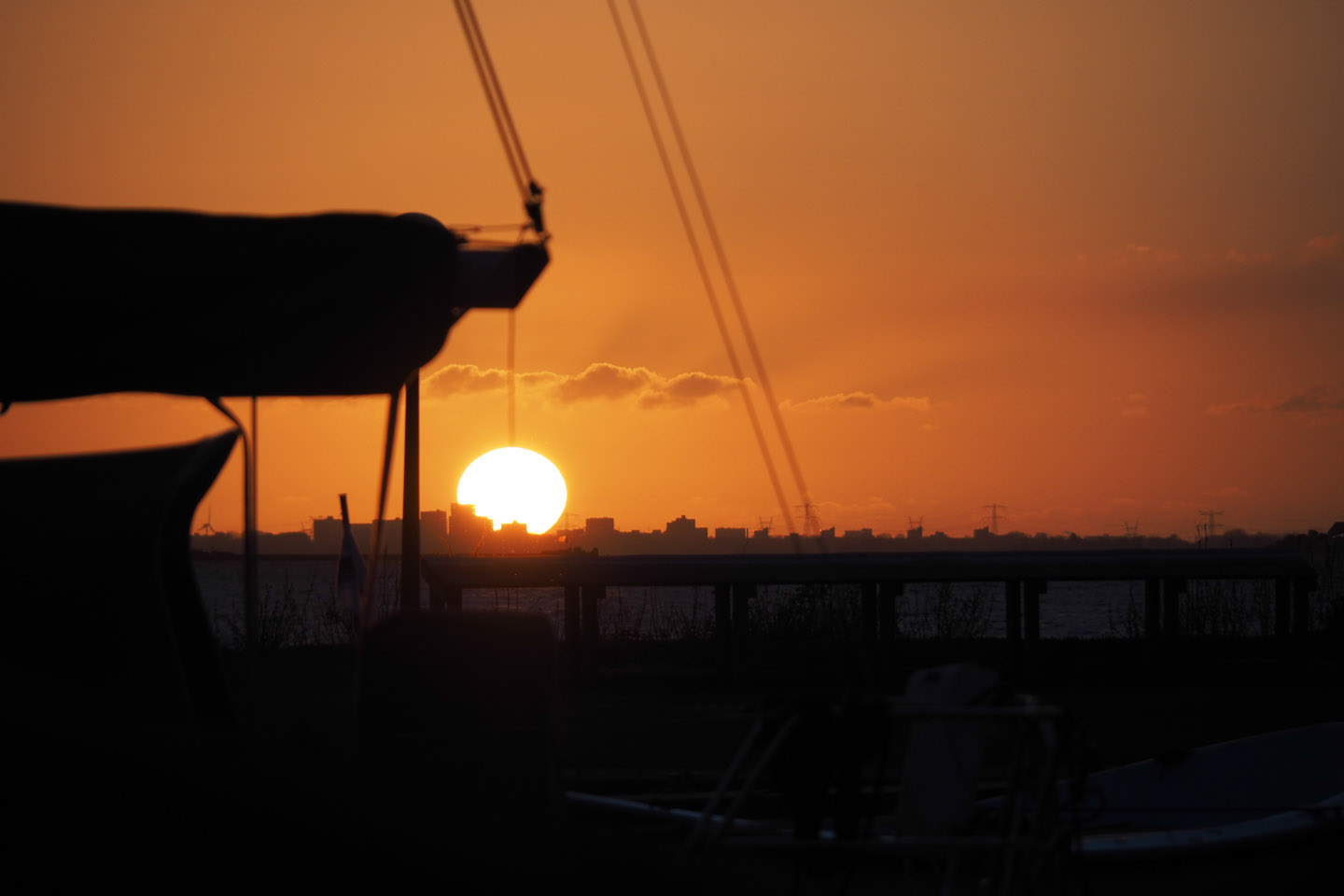 Today i finally got a second bottle of gas, so now i will not be caught off guard if the first one runs out. And i started tidying up the boat, making (to-do) plans for the next days and work my office job.

With all the action of the past days (visit home with lots of celebration), appointments, boat prep & boat tripping, i am having a bit of a struggle to settle in my “routine” again. And i find the “solitude” a bit depressing. Again. I did have the same feeling when Walter left and it took me a day or two to settle in to calmness, silence and solitude. But it was acompanied by a mental low.
So it is now. Feeling kind of mellow. Also because i know that there is still quite some things to be done.
I will have to do something against condensation under the bunk (the water tank is there and apparently the temperature difference is significant), buy & install a VHF, get a dinghi, install the wind instrumenent the wind-pilot and a lot of other “small stuff”.

In this respect i am very thankful to Nike (WhiteSpotPirates) for her great video-blog where she openly speaks about her set backs. Although not comparable, watching her struggle with Karl (her boat) prepared me mentally for my trip.

And actually there is a lot of cool things!
I do have a working GPS/AIS/Map-Setup on my computer which is connected to the main antenna and shows ships in a really far distance (15 miles under imperfect conditions). Though the connection will most likely change when the built-in VHF claims its spot. I guess i’ll try how well the old antenna works, before throwing it away.
Coming into my harbour later than planned due to the engine hiccup made me switch on the navigation lights – and discovere that the compass lighting is turned on with the navigation lights. So i have that problem fixed too (was not able to figure out the reason for the compass lights not working).
And i got myself the “pro” version of Windguru which i find very use- & helpful.