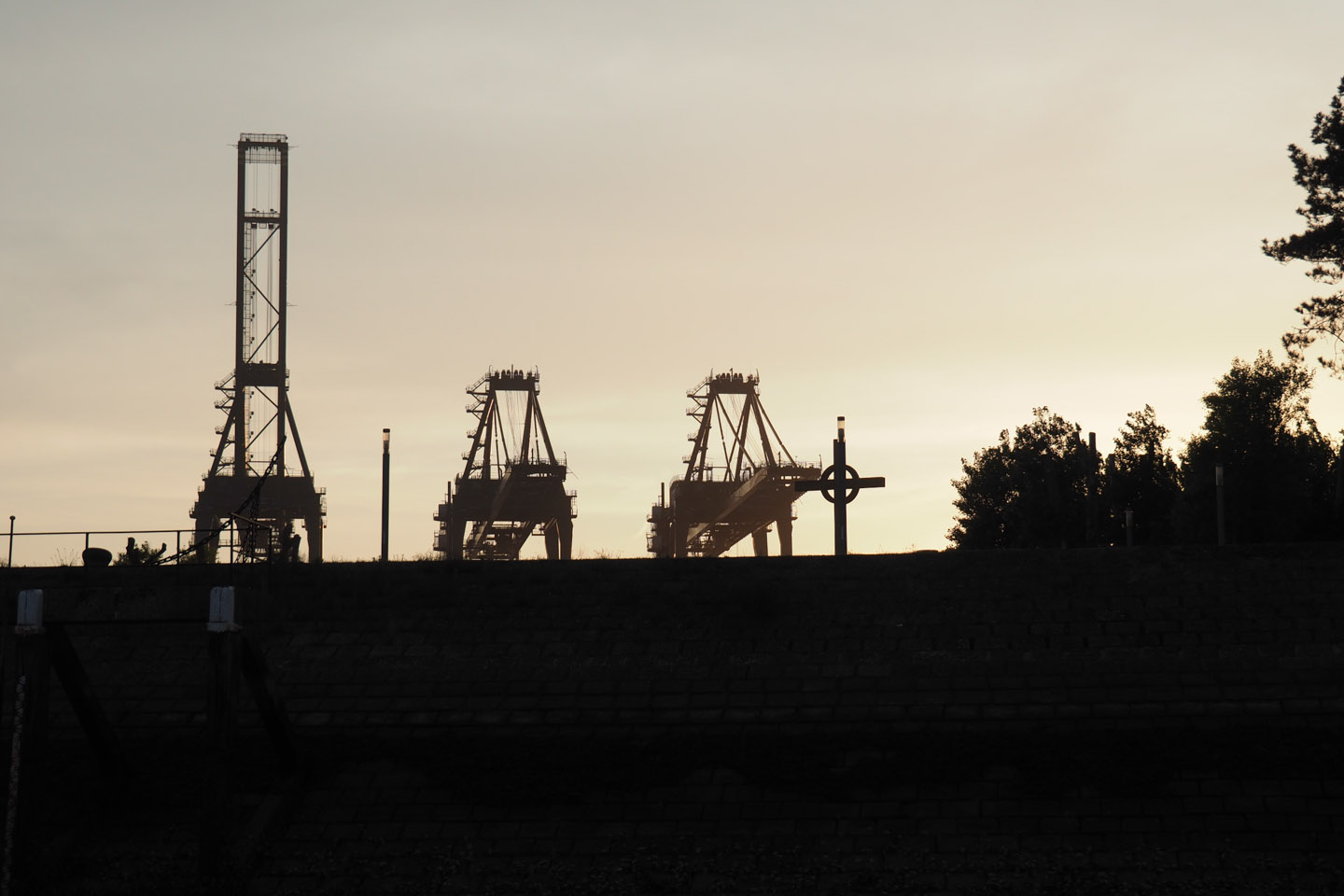 Dieppe, France. Here i am!
I just now realized that i did not write a post for a week now. So this is the first post from outside of the Netherlands – a small sail for mankind, but a giant leap for mala moja and me.
But let’s move along chronologically… i’ll split the post in two for easier congestability.

I crossed the first border when heading for Zeebrugge, Belgium. Entering port was a challenge. Not being allowed to enter due to traffice (a cruise ship leaving) the current carried me a good piece west off the entrance -which i realized quite late. So after the green light showing up, i had to go against the current (which was approx. 3kn at that place). When i finally reached the harbor entrance (not more than 100m in front of it) the light againg switched to red. Was like in a bad slapstick movie. I entered anyhow. 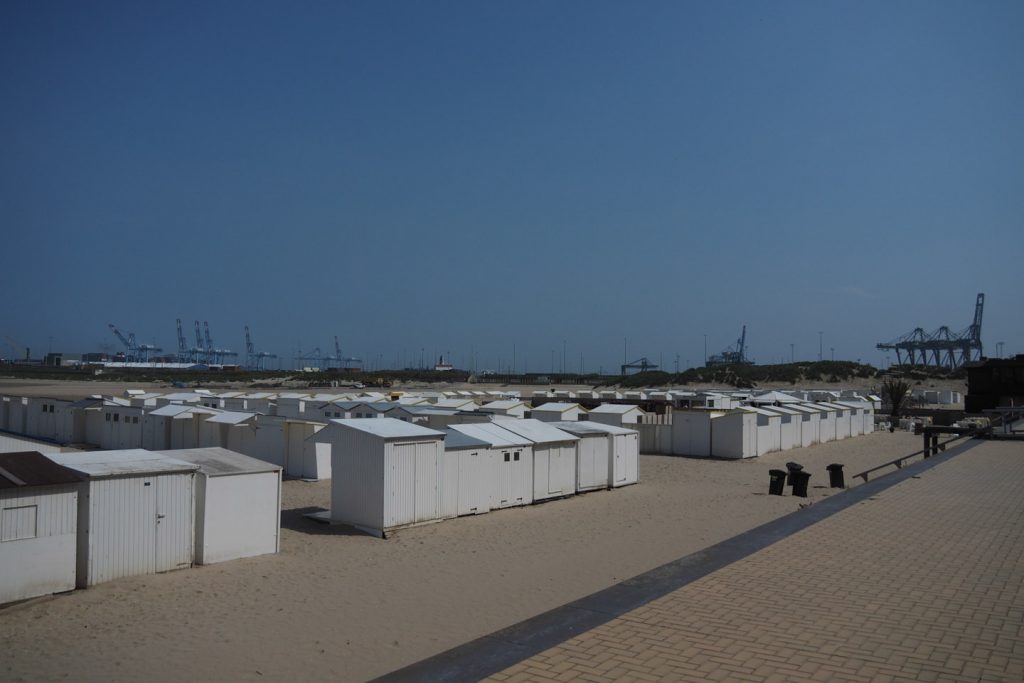 Once more – leisure and insutry, just a dune away…

In Zeebrugge i stayed two nights to have an excursion to Brugge – which is a marvel of a city! I did not read up on it more than that it is a UNESCO World Heritage Site, but just followed the advice to go and visit it. And i was flashed! The whole inner city feels like a giant museum. It’s beautiful. So i spent several hours biking the city before i returend (by train) to the harbor of Zeebrugge.
In the evening i talked about the plans for the next day(s) with a german sailing couple – Sabrina and Hermmann. Turns out that they are just starting a three-year sailing journey with thery boat Freedom and heading the same direction as i am (until Gibraltar). 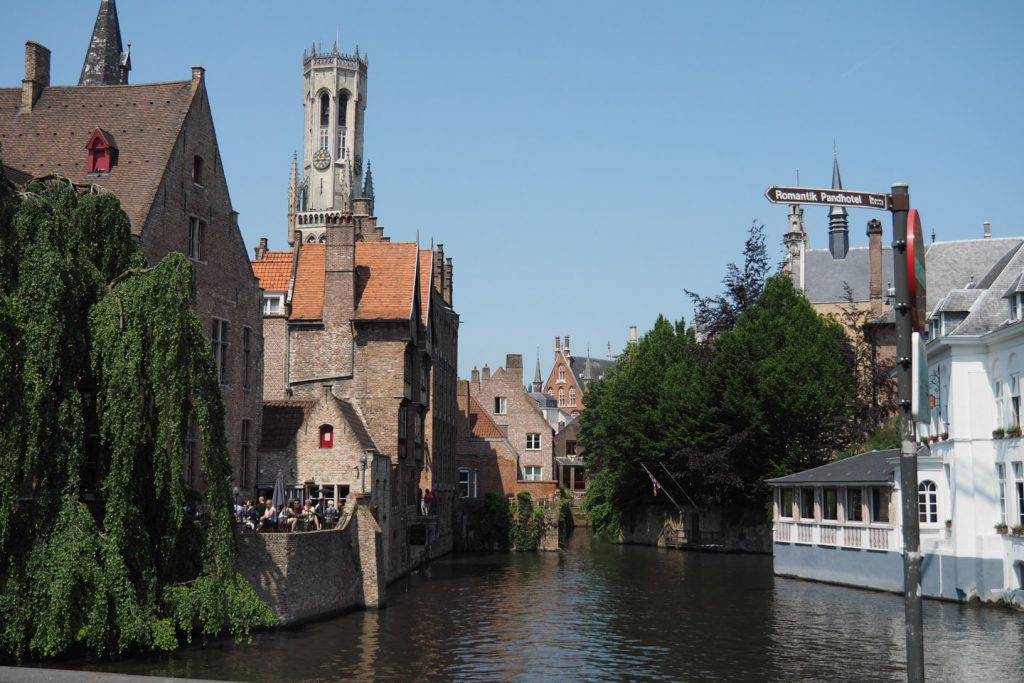 One of the many channels of Brugge 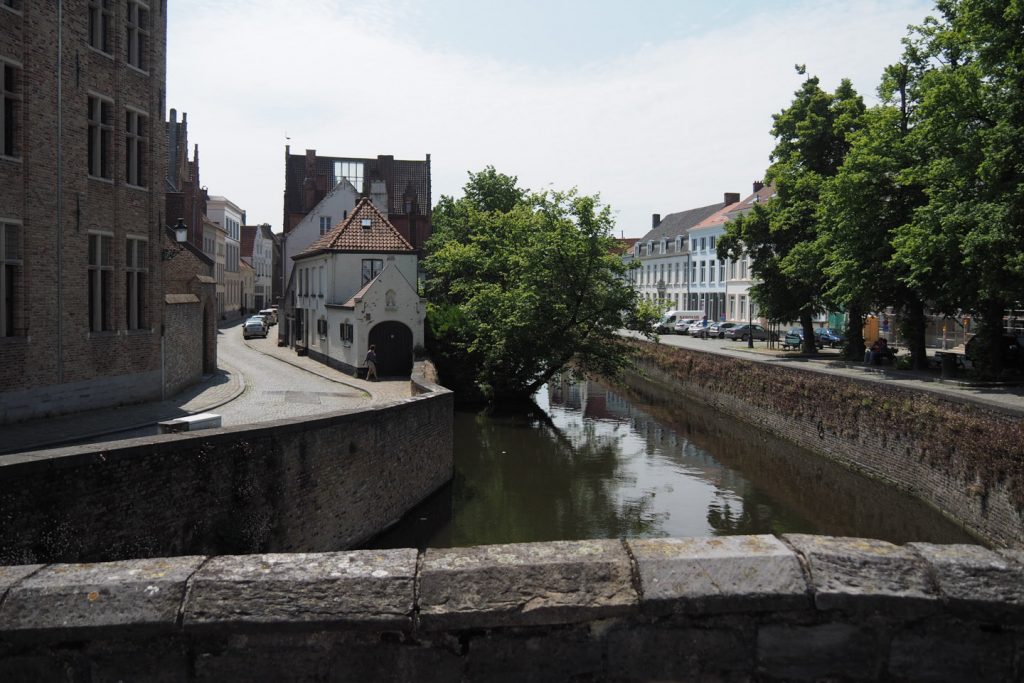 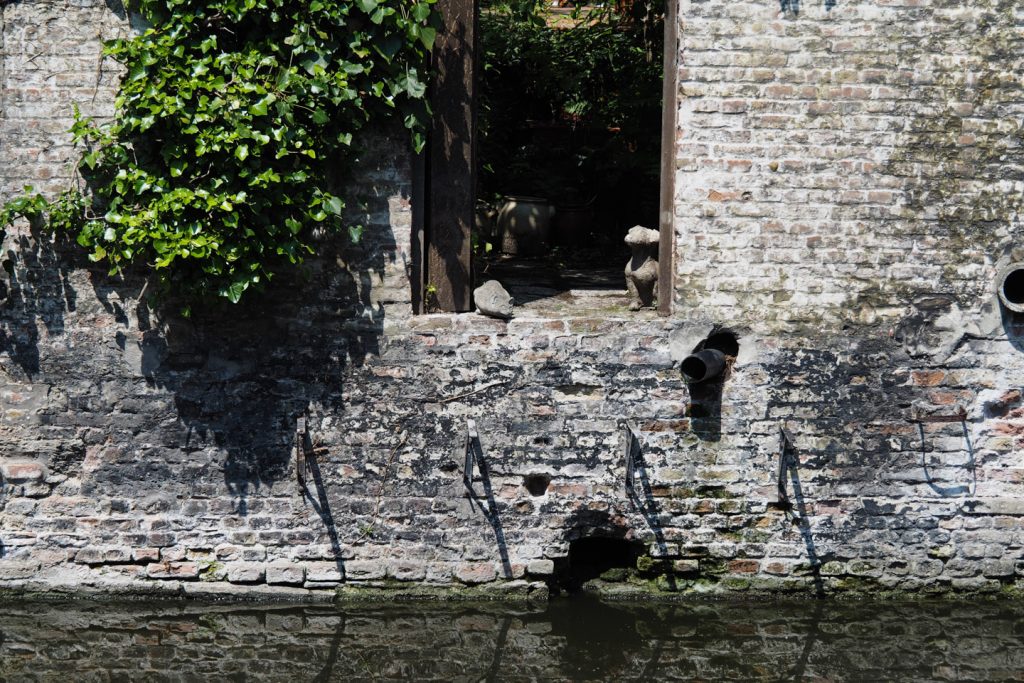 A houses entrance in Brugge

Motivated by the Freedom-crew i (also) departed for Dunkerque, France, the next day. We were sailing in weak wind westwards befor turning southwards later on, to get past the many shoals and sandbanks off the belgian coast. The wind got less and less and so i had to motor a significant part of the leg. When approaching Dunkirque i was suprised to see three military vessels slowly moving in front of and inside the port. Asking for permission to enter i learned why: a movie shot for “Dunkerque” inside the harbor had me waiting in front of the entrance again. 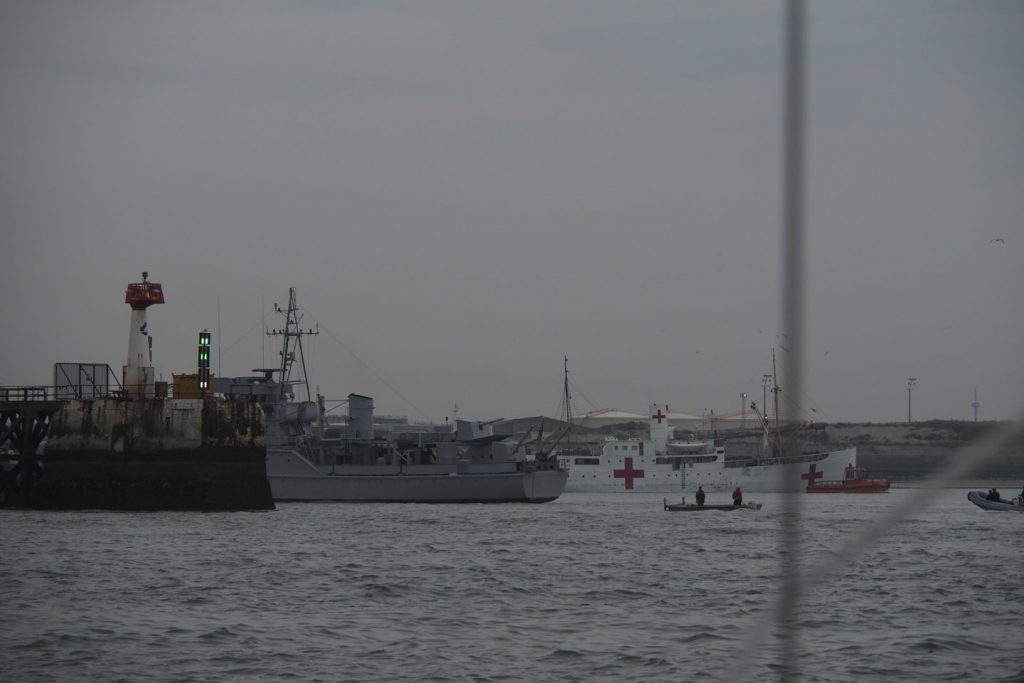 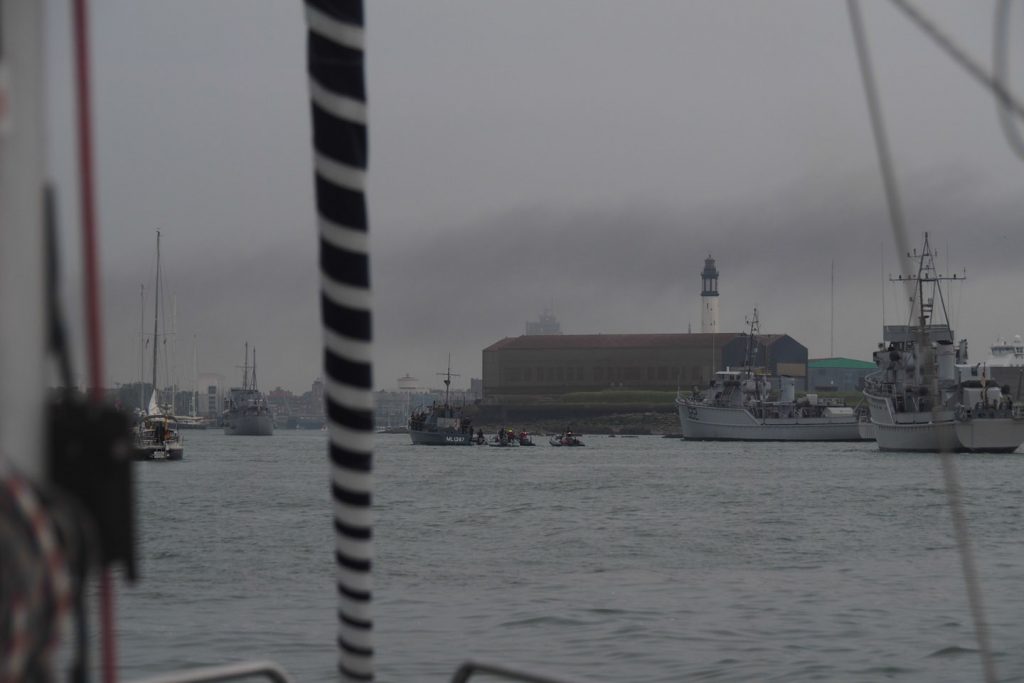 Heading into harbor alongside the movie boats 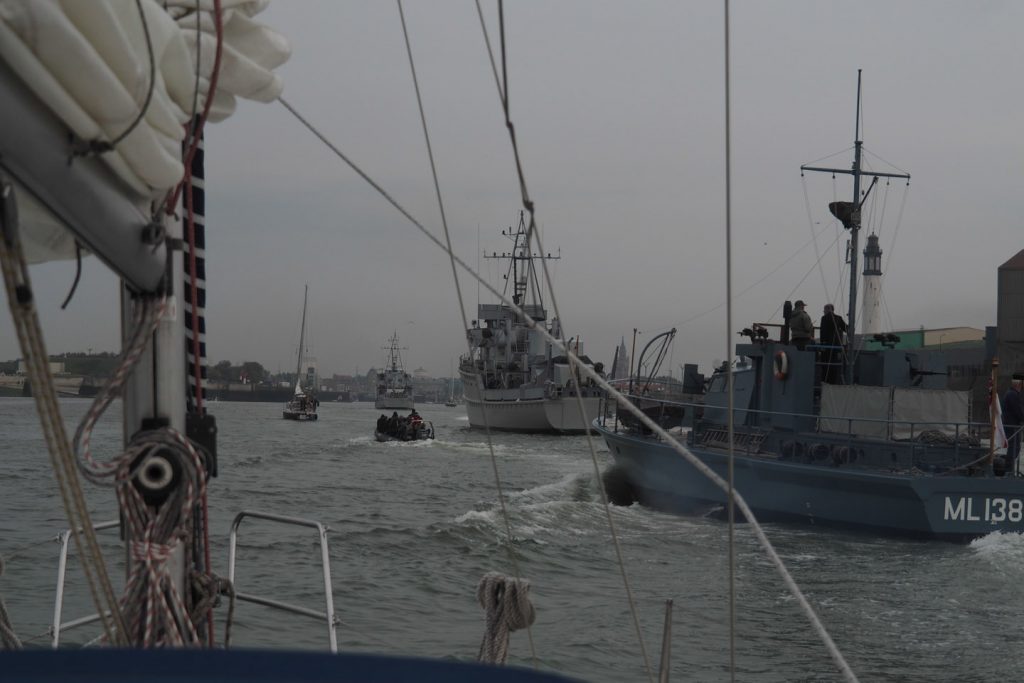 More harbour traffic, thanks to Hollywood 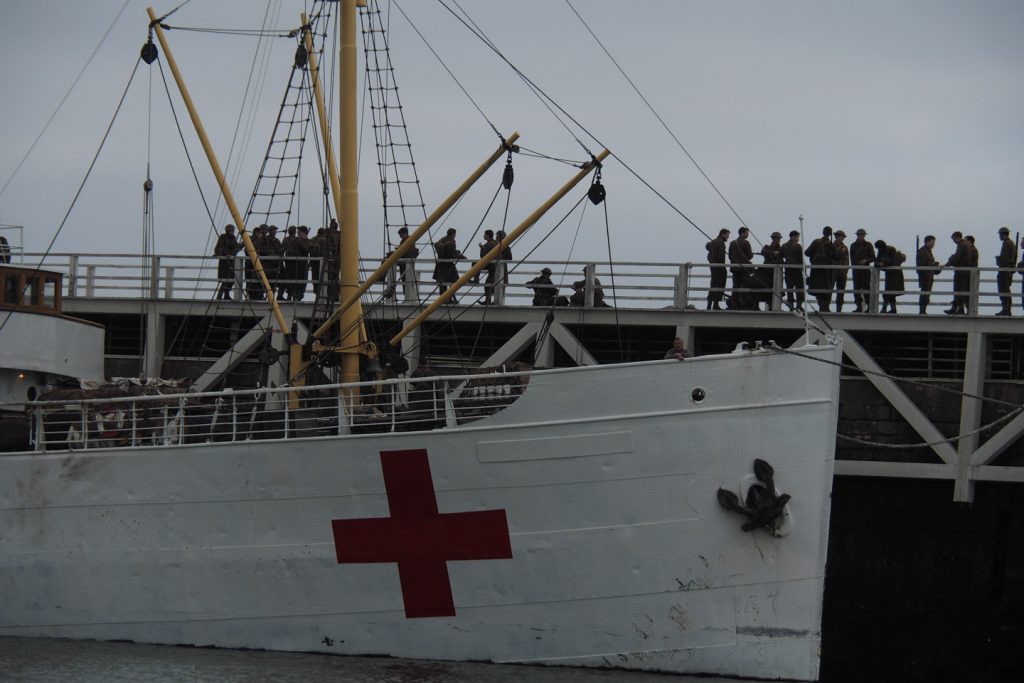 Extras waiting for the shot at the harbor wall 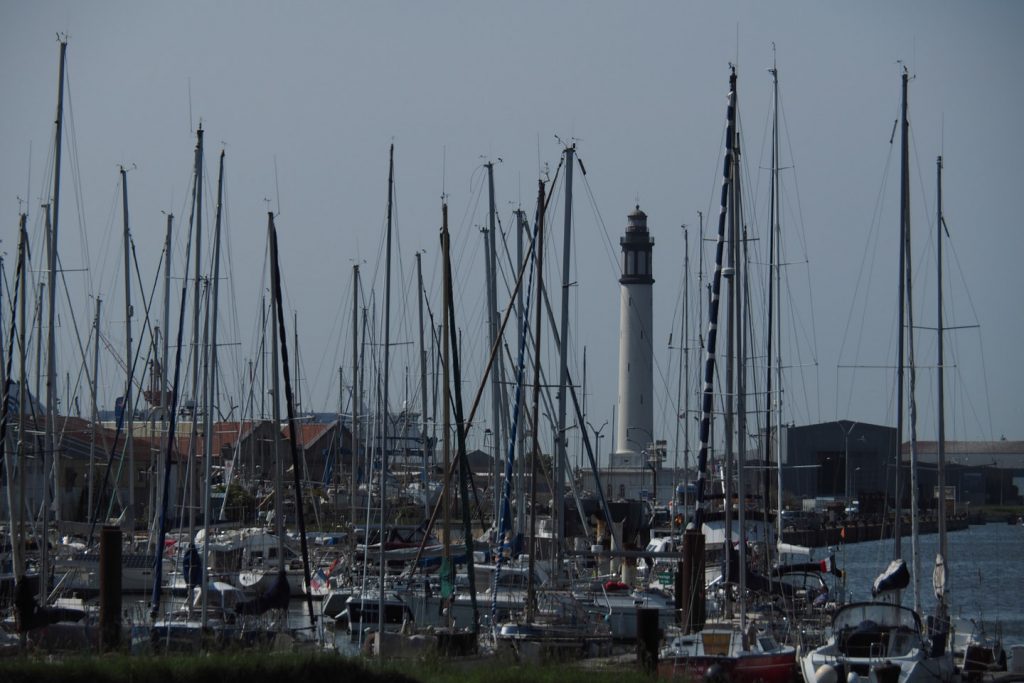 Again i spent two nights in Dunkerque, debating with the Freedom-crew how to proceed. The two major options were crossing to England or staying in France. We both chose to stick to the southern, french coast. With Clais being apparently closed for transiting boats (info came from another sailor) this made Boulogne the next logical stop (no harbors before that).

With over 40 miles (direct route) this meant to leave early. Especially as the Strait of Dover and the ferry crossing Calais-Dover might be time consuming. In addition the tidal current at Cap Gris-Nez is also a stronger one (2.2 kn at spring tide– which was now). As i feared to be stuck fighting the tide i motor-sailed the first part. With only some 4 to 6 knots of wind from astern (blowing into your back) it was also necessary, as there would have been little progress. The wind died off more and more, but the current took me with it. The ferry line i crossed without much hassle. After contacting one of the ferries on “collision course” via VHF they explained their course will change in a minute (and it did) and that thus i am not in their way.
At the Cap Gris-Nez the sun came out and the wind started to pick up. So despite the current starting to turn, i could turn off the engine and enjoy a beautiful sail with the scenic chalk cliffs of France and England (Cliffs of Dover) in sight. 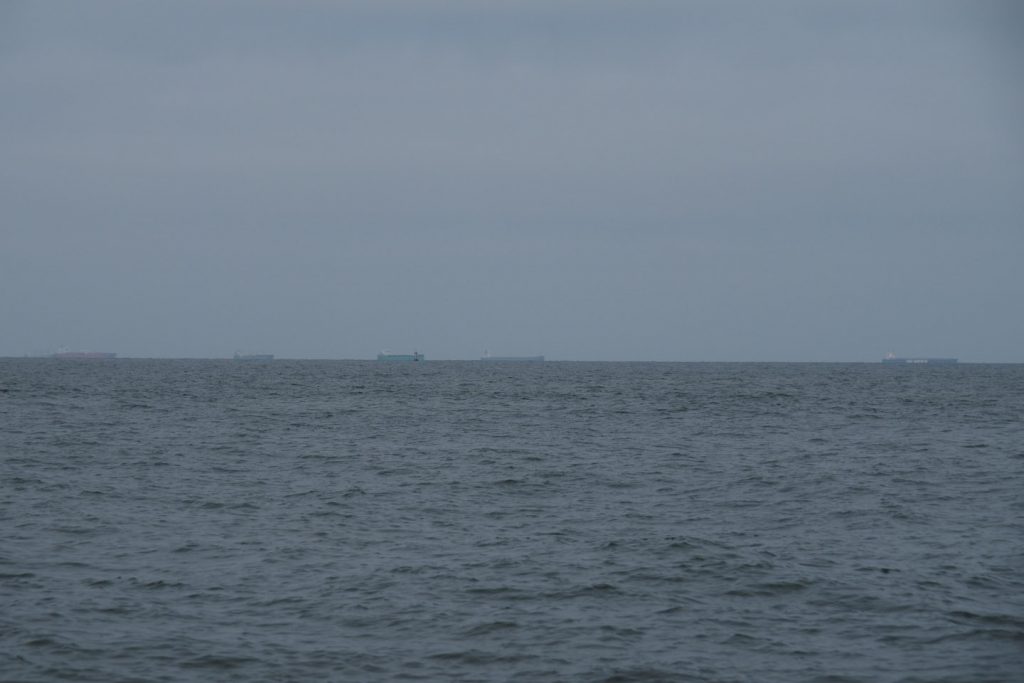 Also part of the channel traffic – boats “being in the roads” (i.e. waiting to continue) 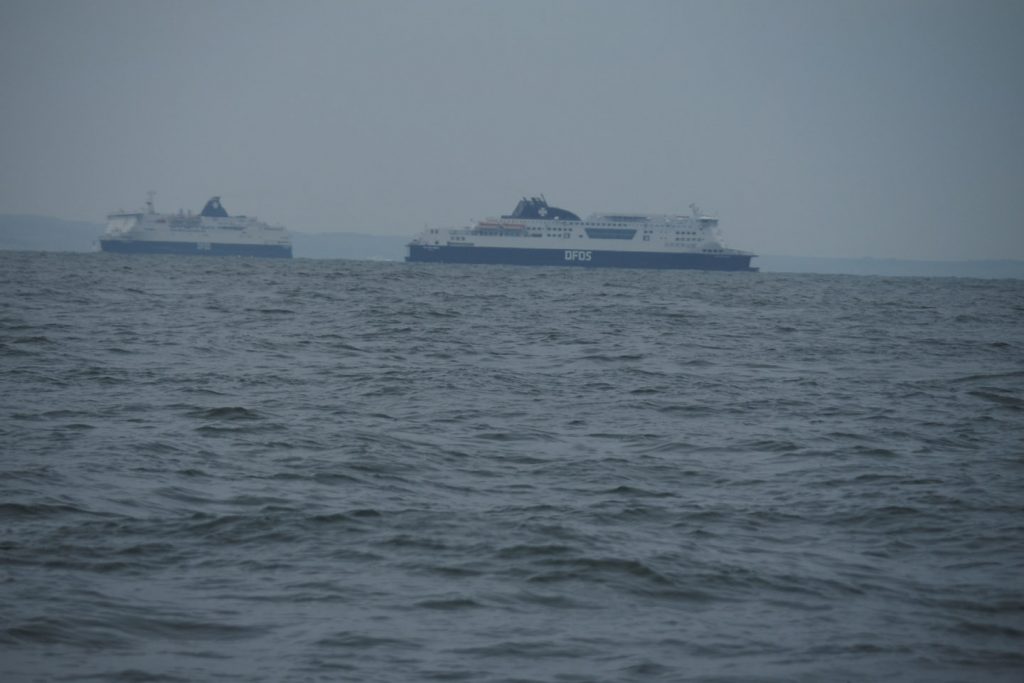 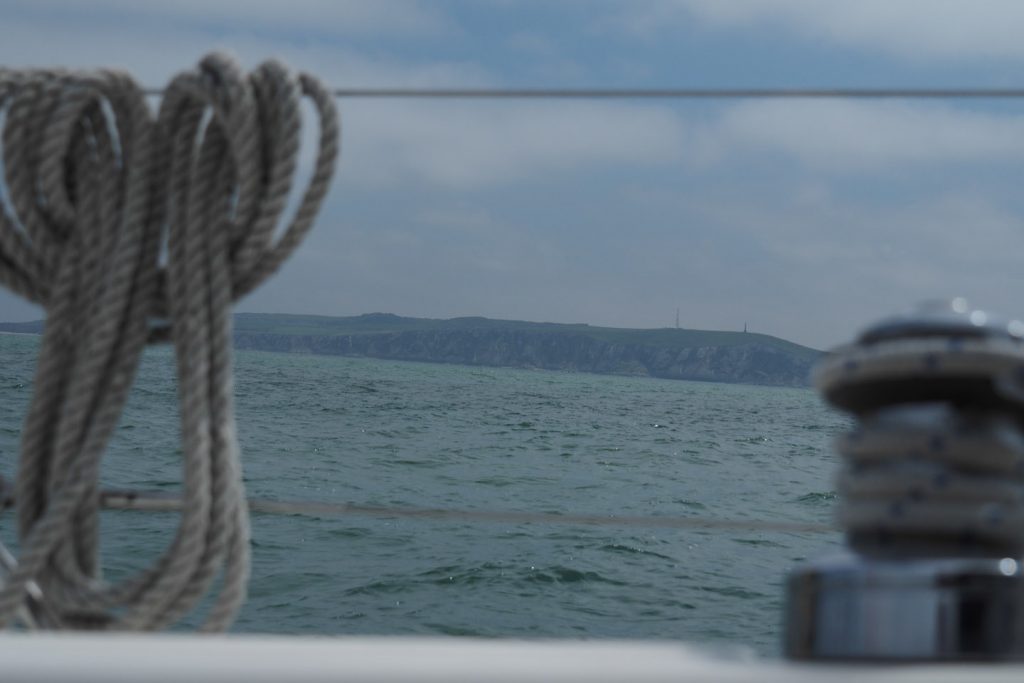 The cliffs of Calais on port (side)… 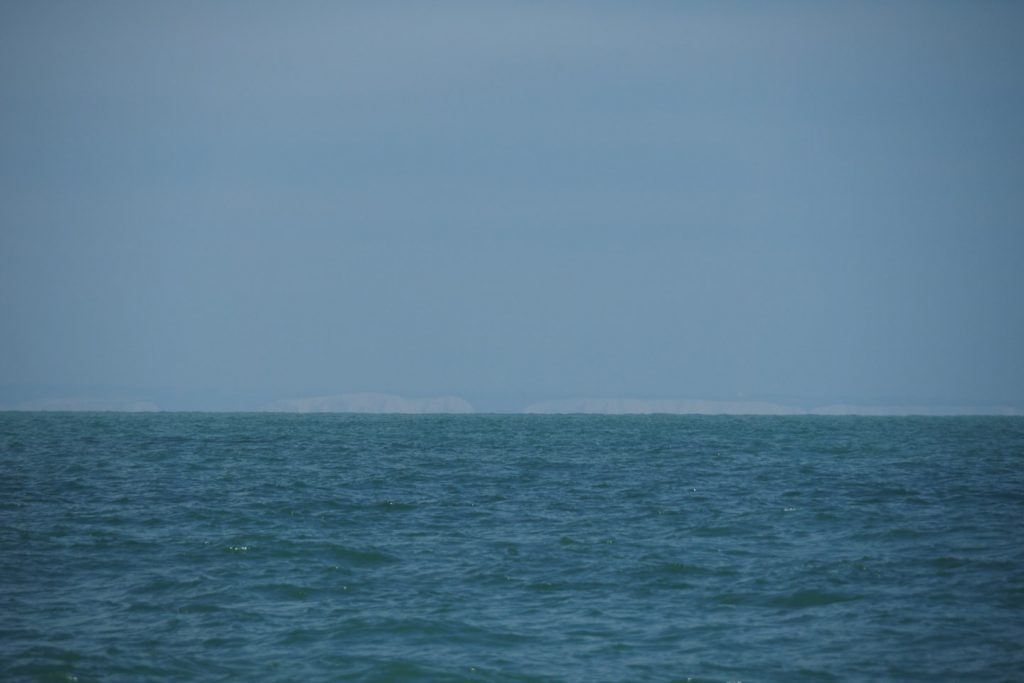 … those of Dover on starboard side of mala moja… 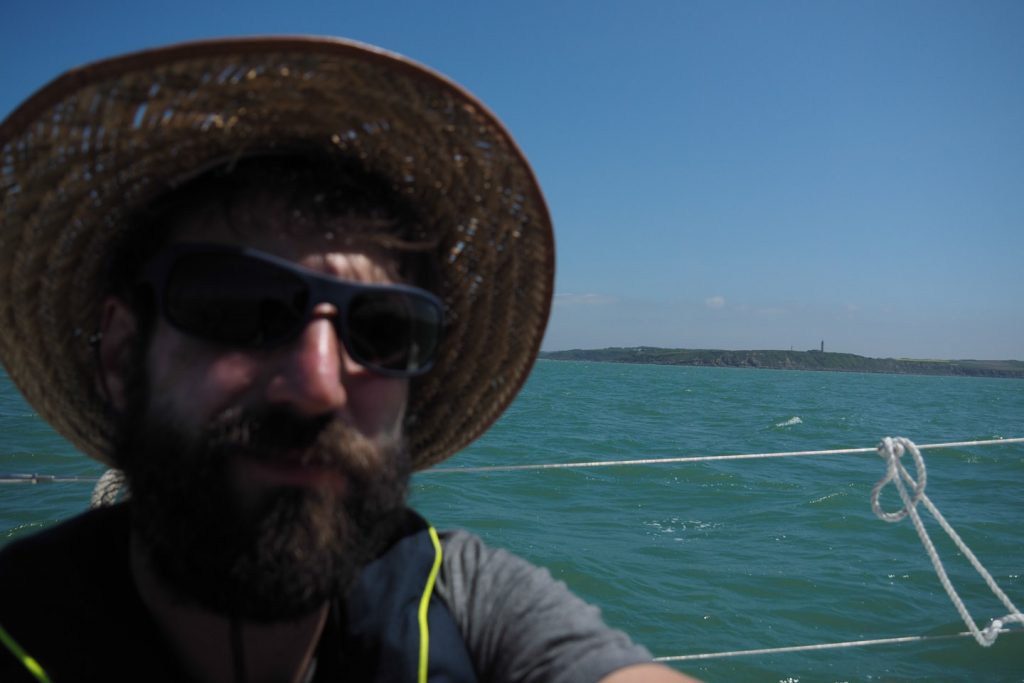 Traffic here in the strait is heavy, but limited to the TSS (Traffic Separation Scheme) which i did not cross. But you have constant talking on the radio. Among all the routine traffic i also picked out uncomforting radio traffic… (Short explanation: radio reception range strongly depends on the hight of the sending and receiving antenna – line of sight – since coast-guard antennas are very high you can often hear the coast-guard part of conversations but not the part of the second station involved). Apparently some distress or urgency call was being made, as i could figure from the coast-guards part of the conversation.
Later it became even worse. In a second conversation there was a fisherman over board for whom a SAR (search and rescue) opeartion was initiated. As i found out later, this operation was unsuccessful.

(Cover picutr: cranes of Zeebrugge – with a war memorial)